Why Have Cremation Services Become More Popular Than Burials? 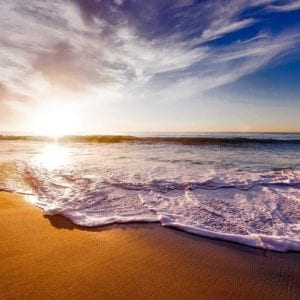 It wasn’t that long ago that just about everyone chose to be buried rather than cremated at the time of their death. As recently as 20 years ago, burials were way more popular than cremations. But these days, more than 50 percent of people are taking advantage of cremation services in Columbia, TN at the time of their death as opposed to burial services. It has been a sudden shift in the funeral industry. Here are several reasons why cremation services are now more popular than burials.

People know so much more about cremation than they used to.

Once upon a time, a lot of people were scared about the idea of being cremated because of all the myths that surrounded cremation. But today, most of those myths have been cleared up. It’s easy enough to sign online and learn all about cremation in just an hour or two. It has led to many of the aforementioned myths going down in proverbial flames. It’s also led many people to think twice before dismissing the thought of having a Columbia, TN cremation performed.

Religions aren’t as against cremation as they once were.

Religions didn’t used to want to have anything to do with cremations. They told people that they weren’t allowed to be cremated and stressed the importance of a proper burial. These days, there are still some religions that are on the anti-cremation bandwagon. Islam and Judaism are two of the prominent ones that come to mind. But many other religions like Catholicism and certain branches of Christianity have come around to cremation and now allow it in most cases.

People are moving around like never before and not as emotionally invested in their hometowns.

Most Americans used to be born in their hometown, spend their whole life there, and then be buried there at the time of their death. But this just isn’t the case anymore. People are moving around a lot in recent years and have become way more transient than they’ve been in the past. As a result, they don’t feel a strong need to be buried in the place where they were born anymore. They’re open to going with cremation instead and allowing their remains to continue to move around as needed.

Cremation is often the most cost-effective method of disposition.

At the end of the day, cost is sometimes the biggest factor for families when planning funeral services for a loved one. So it shouldn’t come as a huge surprise to hear that many families choose cremation to save a few dollars. Cremation is almost always cheaper than a burial and can help families avoid going way over budget when planning a funeral.

Want to hear about some of the other reasons why cremation has become so popular? Cremation Society of Tennessee can walk you through them. We can also help your family plan out everything from a Columbia, TN direct cremation to a cremation with a memorial service. Give us a call at (615) 302-4842 today or swing by 2014 Elmer Pogue Dr. Ste 102, Columbia, TN 38401 to get started.