3 Big Reasons Why People Have Come Around to Cremation Services 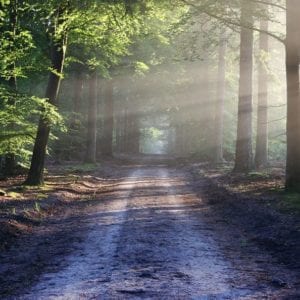 If you go back and look at the statistics from just 20 years ago, almost no one was asking to be cremated at the time of their death back then. The vast majority of people didn’t even consider taking advantage of cremation services in Columbia, TN. They liked the idea of being buried much better than being cremated. But that has all changed since then.

These days, people have definitely come around to cremation services in a big way. More than 50 percent of Americans are asking to be cremated as of right now, and that number is expected to go up even higher in the coming years. Within the next 20 years, it won’t be a huge surprise if the cremation rate climbs and hits the 70 or even 80 percent mark.

They know more about cremation than ever before.

It’s probably not a coincidence that the cremation rate started to rise as the internet began to take shape and seize hold of the country’s attention. The internet has made it easy for people to find out everything they could ever want to know about Columbia, TN cremations. There used to be so many myths surrounding cremation. But in this day and age, people are well-educated when it comes to cremation thanks to all the information that’s available on it out there on the World Wide Web.

They can find funeral homes that offer cremation services easily.

They like that their cremated remains can travel around once they’re gone.

Americans are moving around a whole lot more than they used to nowadays. Whereas most people used to spend their entire lives in one city, many people are now spending their lives in several different states and, in some cases, even several different countries. A burial ties a person to one place, but a cremation allows their family to take them wherever they go. This is a selling feature of cremation services for many people.

Have you come around to cremation services? Do you want to work with an experienced Columbia, TN funeral home that can help answer any questions you might have about cremation? Turn to Cremation Society of Tennessee for help. Give us a call at (615) 302-4842 or stop by 2014 Elmer Pogue Dr, Ste 102, Columbia, TN 38401 to find out about our cremation services.