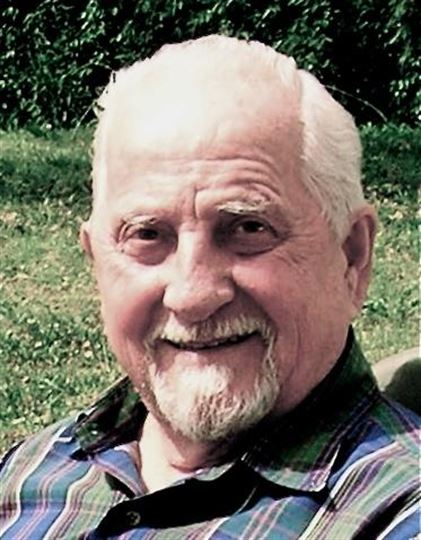 William August Maus was born on November 18, 1928 in Benson, Minnesota to August William and Agnes Redell- Maus, the 8th of 15 children. Bill was raised to hard work on the family farm of 1000 acres until he joined the U.S. Air Force and served his Country during the Korean Conflict from 1950 to 1954. He was stationed in Washington, DC and at Clark AFB in the Philippine Islands, where he operated an Airplane refuel truck. He was honorably discharged with the final rank of Buck Sergeant with the National Defense Service Medal. After the war, upon returning home and a short stay in Coquille, OR, he heard the call: “Go North, young man!” He landed in Anchorage Alaska in 1957 where he met and married a recent Austrian immigrant, Eleanor Lilly Volcjak, the love of his life and his companion for 54 years.
Together they raised 5 children and lived in Anchorage and in Palmer, AK. In spite of very limited educational opportunities afforded him by his father, who was anxious to use him on the farm, Bill was a gifted self-employed Home-builder, heavy equipment contractor, Gravel pit owner/operator and an inventor with exceptional natural skills. He designed and constructed seventeen large “Samson” tracked, 24-wheel hunting machines, which he sold to Alaska wildlife guides. He loved to hunt and fish, play his guitar and sing to His Lord Jesus, whom he loved and wished to serve from the day of his new birth, for the remainder of his life. His greatest and only desire was to serve Him and to live as a testimony to the Grace that God had shown him. He came to Tennessee in 2000 after a brief stint as a maintenance carpenter at the Sisters of Providence Hospital in Anchorage and settled in West Nashville, to be closer to his only daughter. After selling his home in 2011, he moved with his wife to Rutland Place in Mount Juliet to better enjoy his retirement years. He had just moved to Franklin, TN., when he spread his wings the last time and, after a short illness, went home to be with his much-loved Lord Jesus and to be reunited with his oldest son Samuel William, who had preceded him. William Bill is survived by his wife Eleanor Jean Lilly, sons: Mark Luther, Peter John, Joshua Christopher of Alaska and daughter Esther Jane Maus-Tester of Franklin, TN.
He leaves behind 15 grandchildren: Mark, Steven, Audrey, Dominique, Samantha, Isaiah, Lilly, Sarah, William, Ean, Hannah, Nolan, Bradley, Shannon and Brandon, and 5 great-grandchildren. He is also survived by brothers Oscar, Arne, Ted of MN and a sister, Caroline of Canada. He will be missed by a large extended family and many cherished friends in Alaska, Minnesota, Montana and Tennessee. We are looking forward to seeing him again and to join him in our blessed hope, Amen. The Rev. Phil Bennet will officiate at a celebration of life at Belmont Church, 68 Music Row East in Nashville, TN on Wednesday, May 22, 2013 at 2:00 PM. The family requests in lieu of flowers that donation be made in his memory to the “Voice of the Martyrs” at P.O. Box 443, Bartlesville, OK 74005-0443 or online at:
https://secure.persecution.com/projects_feature.aspx?source=WEB