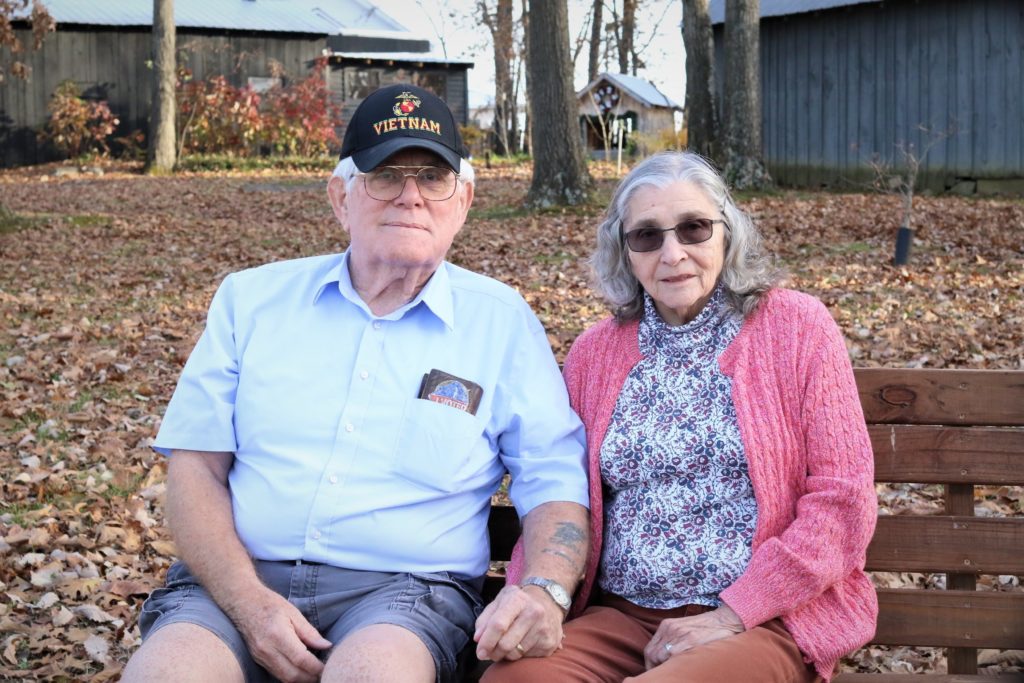 William Frederick “Bill” Schorndorf, Jr., 81 of Lebanon, took his journey home to be with our Lord on December 18, 2021, at St. Thomas West in Nashville, TN surrounded by family.

Bill was born and raised in Bridgeport, Connecticut as the only child of his late parents, William Schorndorf, Sr. and Anna Micha Schorndorf. He served in the United States Marine Corp for 20 years serving in the Vietnam War and retired in 1979. He worked for 30 years for the United States Post Office in Arlington, Virginia where he lived for many years. It was during his years in Arlington, VA that he met his loving wife, Mary Holden Schorndorf. They were wed in Arlington, VA on November 23, 2001, and lived there until they both retired in 2007. After retirement, Bill and Mary moved to Lebanon, TN to be closer to family. Bill has been a volunteer at Fiddler’s Grove Veterans Building in Lebanon for 10 years and the War Memorial Museum in Lebanon for 5 years. He led the charge in several community actions in and around his neighborhood to help protect the integrity of his and his neighbors’ property. He could be seen walking alongside the streets of Lebanon picking up tin cans to donate to the local churches for recycling or picking up trash to help clean his community. He took great pride in serving God, his family, his country, and his community.

He is predeceased by his parents William & Anna Schorndorf of Bridgeport, CT; sister-in-law Mona Martini and her husband Charlie Martini;  stepson J.E. Holden of Dayton, TN; and son-in-law Floyd Dulaney.