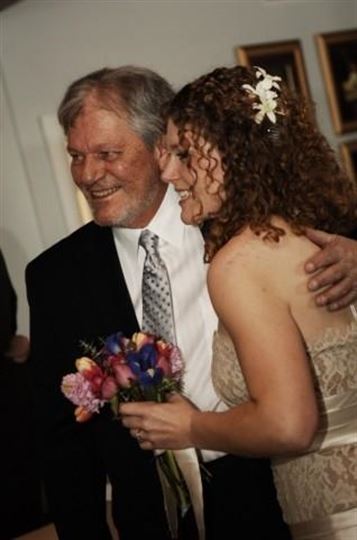 William E. Bill Harris died peacefully at the age of 62 on the morning of Sunday, June 9, 2013, at Vanderbilt University Medical Center of a brain hemorrhage. Bill will always be loved and remembered for his kind spirit, gentle smile, loyal friendship, dry wit, and passion for music. A loving and supportive father to Waverly Ann Harris-Christopher and her husband, Steve Christopher, Bill was born in Nashville to the late Robert and Edna Harris and was a 1969 graduate of Hillsboro High School. He attended the University of Tennessee – Knoxville and forever remained a fan of UT football. He completed his education at The American College and was a successful salesman of insurance. He lived the last 32 years in Lewisburg, where he raised his daughter with his former wife, Beth Duning. Bill was often seen on the golf course or at the Elks Lodge with his friends. He was talented at playing guitar and covered favorite artists such as Jimmy Buffett, Dan Fogelberg, Simon & Garfunkel and Graham Nash. He was an employee of Collins & Miller Insurance, a member of the Lewisburg Elks Lodge, and an elder at the First Presbyterian Church. Bill found peace in nature and through music; to honor him, there will be visitation and remembrance at the Berlin United Methodist Church on Sunday, June 23, from 2:30-4:30 p.m., followed by a 5 p.m. tribute service at nearby Berlin Spring on U.S. Highway 431. Instead of flowers, his family suggests donations in Bill Harris’ memory to Nashville’s W.O. Smith Music School, where low-income children have the opportunity to learn instrumental and choral music: The W.O. Smith/Nashville Community Music School
P.O. Box 121348
Nashville, TN 37212-1348
www.wosmith.org