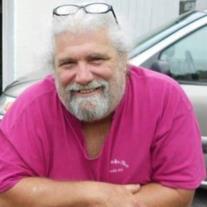 A potluck celebration of his life will be held Saturday, June 20, 2015 starting at 10:30 am at Rogers Park, 1115 Hunt St. Murfreesboro, TN 37128. In lieu of flowers, etc. the family would deeply appreciate contributions toward his medical and funeral expenses.

Cremation Society of Tennessee is assisting the family with arrangements. Condolences can be shared at www.cremationsocietyoftn.com.