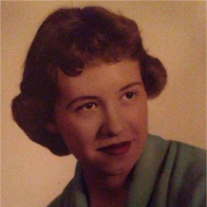 Susan was born on April 17, 1940 in Columbus, Ohio to the late William K. Runions and the late Dorothy McComas Runions. She worked in retail sales for most of her working career and was of the Lutheran faith. Her family remembers that she was a great wife and mother, and that she was known for being a great housekeeper and cook. They laughed as they remembered her stubborn streak.

Susan is survived by her loving children: Denise Dailey, Amee Sue Smith and Mark A. Dailey; 6 grandchildren and 9 great-grandchildren. In addition to her parents she was preceded in death by her son: Charles Cleveland Dailey, III.

The family will celebrate Susan’s life at a later date.