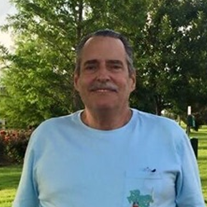 Steven was born on July 15, 1945, in Brooklyn, New York to Sidney and Betty
Shaffer Hyde. He served honorably in the United States Army during the
Vietnam War. Shortly after joining the Army, he married Adrienne Sirkus on
September 18, 1965 and the two built a life and family together, remaining
married for fifty-one years until Steven’s passing. Steven was a
hard-working man, managing a warehouse for a pen and
pencil manufacturer. His hobbies included repairing cars and collecting
classic cars. He was an avid music fan of the 50’s and 60’s doo-wop and
rock-n-roll genres. He was witty and funny, loving and caring. Steven was a
man very loved by his family and he loved them in return.

Graveside services for Mr. Hyde will be held at the Sherith Israel Cemetery, at the intersection of 15th Avenue North and Cass Street, Nashville, Tennessee, 37205, (2111 15th Ave N.) on Sunday, February, 26, 2017 at 11:00 a.m. with Rabbi Shaul Perlstein officiating. Military honors will be provided by the United States Army Honor Guard.

In lieu of flowers the family requests memorial donations be made to Chabad Jewish Center of Chattanooga, 950 Vine Street, Chattanooga, TN 37403 or online at https://jewishchattcom.clhosting.org/templates/articlecco_cdo/aid/3500615/jewish/Donate.htm/lang/en.

Cremation Society of Tennessee is assisting the family with the arrangement
and online condolences may be made to the family at
www.cremationsocietyoftn.com.