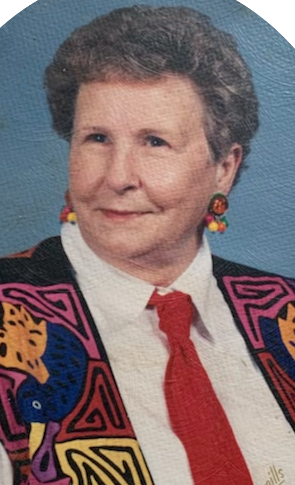 My mother, Sadie Mulliniks Davidson, 96, died on April 18, 2021 at home.  She read her last of countless books, had her breakfast, took a peaceful nap, and that was that.

Sadie was born in Nashville, Tennessee on October 20, 1924 to Chasterlate Whitfield and Mildred Kelley Mulliniks. After her parents divorced, Mildred remarried Harold Bond of Cornersville, Tennessee.  My grandmother took care of babies at the Tennessee Children’s Home, while my step-grandfather, Harold, worked in maintenance and carpentry at the Tennessee Preparatory School.

My mother’s life was a precious mess of contradictions.  Sadie was the original post-modern Southern belle.

She reminisced often at great length about her upbringing at Brick Church on a sharecropper’s farm, yet her homes were always decorated impeccably in the style of the time. She treasured her school years in Cornersville, but because of family dysfunction, graduated from Donelson High School.  She then worked in the bookkeeping department of Nashville Electric Service.  When she became pregnant with me, as was customary at the time, they forced her to resign.

Sadie became the consummate “Leave it to Beaver” style 1950’s homemaker.  Yet she constantly abandoned the nuclear family model, inviting any, and all, of my cousins to come live with us in Nashville to finish their education.  Many did stay, thereby enriching my life.

She was married to my father, Bert W. Davidson, Jr., who owned Capitol Printing Company in Woodbine.  He was a kind man, generous and a good provider.  Mom complained that he worked all the time and never took her anywhere, so they divorced after forty years of marriage.

Mom adored my little brother, Daniel Whitfield Davidson, who died in 1991 at the age of 37.  They butted heads a lot, but she championed him as he sat at the death beds of each of twenty-three friends dying of a chronic debilitating illness.  Often, they would otherwise have been alone.  She admired him for that, and she was with him all the way.

Mom bragged about my accomplishments to other people, yet she never quite forgave me for going to Yale, becoming a clinical psychologist, and staying up North.  She completely embraced the two adopted Hispanic grandchildren I gave her when, in my forties, I became a single mom. At the same time, she continued to delve into her genealogical roots in the antebellum South.

In her later years, Sadie donated generously to St. Jude’s Children’s Hospital and the United Negro College Fund.  I will never forget one attempt to reconcile at least some of the post-modern contradictions she struggled with.  She called to tell me excitedly that she had learned that her African American close friend and confidante, Mary German (nee Canty) had “royal blood”.  Apparently, after watching “Roots”, Mary had learned that she was a direct descendant of Kunta Kinte (the surname having morphed into Southern English over time).  “Kinte” had become “Canty”.  My mother was absolutely delighted.

It really all came together, though, in my mother’s homemade vegetable soup.  There is nothing like it. She had learned to make it from my great-uncle Marion Kelley, who was a hobo during the Great Depression.  Over her lifetime, my mother’s vegetable soup fed armies.  So, when my son, my grandson, and his family got the coronavirus, I knew what to do.  I made a vat of it and took it over.  They are all better now.  It was the soup.

To remember her, Sadie Davidson has Dr. Judith Davidson of Woodbury, Connecticut, also grandchildren Daniel Wilks Davidson of Southington, Connecticut, and Eva Whitfield Davidson, of Linville, Virginia.  She has one great-grandson, Avery Quinones, and the Quinones family of Naugatuck, Connecticut.   Also surviving is her sister-in-law, Louise Mulliniks, 98, formerly of Delina, Tennessee, who was married to Sadie’s brother C.W. Mulliniks, Jr.  There are also three generations of nieces and nephews.

The brave, loving staff of Delta Home Care in Manchester, Tennessee, especially Martina Chatman and Veronica Johnson, will have memories of a charming little old lady who constantly regaled them with family sagas and made them laugh during the pandemic.

Arrangements have been made through the compassionate, no-nonsense staff of the Cremation Society of Tennessee.  A memorial service will be held by invitation only (due to CoVid-19 restrictions) at St. Paul’s Episcopal Church, Franklin, Tennessee at 10:00 a.m. on May 26, 2021.  The Reverend W.R. “Rusty” McCown, Rector, will officiate. Mom will be laid to rest in the church columbarium next to my brother.  Contributions can be made to St. Paul’s Episcopal Church, Franklin (615-790-0527), The Society for the Prevention of Cruelty to Animals of Tennessee (www.spcatn.org), or the Susan G. Komen Foundation (www.info-komen.org).  Or the United Negro College Fund.