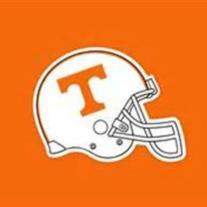 Ryman was born on May 5, 1984 in Nashville, Tennessee to Roman Rex Reese and Ann Chesteen Reese. He worked in retail sales as well as driving for an over the road trucking company. Ryman loved the UT Vols. His life took on new meaning when he became a father. The love of his life was his precious daughter, Rylee.

The family will celebrate Ryman’s life with services at a later date.