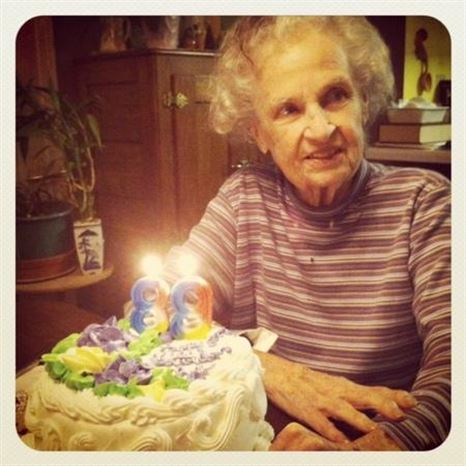 Mrs. Ruby E Brisom Stuart was born on March 18, 1923 to the late Ernest G. and Alice E. Johnson Brimson in Bristol, England. She served in the Women’s Royal Air Force during WWII, serving for over four years as a balloon barrage technician, and later at central headquarters in London. May 20, 1945 she married Frank Stuart, Jr., WWII American GI while still living in Bristol, England. After their marriage Ruby and Frank moved to Blue Ridge, Georgia and raised their family together. Ruby was a dedicated housewife and mother. She was an avid quilter, philanthropist and volunteer. She was a member at the Chestuee United Methodist Church in Cleveland, Tennessee. Ruby’s family recalls that she loved being comfortable and hardly ever wanted to wear a dress, even to church. She was a unique lady who was ahead of her time and known by her loved ones as little “Spitfire”. She is survived by her daughter: Teresa Estes; her son: Murray Stuart; her grandchildren: Stuart T. Estes, Elizabeth A. Estes, John F. Stuart, Jr. and great-granddaughter: Keri Ann Stuart; sisters: Christine Hook of Bristol, England and Muriel Mantel of Cornwall, England. She was preceded in death by her husband Frank Stuart, Jr. her son, John F. Stuart. A memorial service to celebrate Ruby Stuart’s life will be held at the Chestuee Methodist Church at a later date. The Cremation Society of Tennessee is assisting the family with the arrangements.