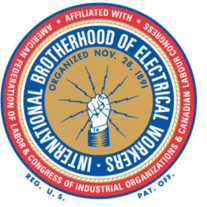 Roger Anthony Elliott, age 69, of Nashville, Tennessee passed away at his residence on Wednesday, December 23, 2015.

Roger was born in New York City, New York on September 30, 1946 to the late Anthony Elliott and the late Margaret Amos Elliott. On June 27, 1970, Roger married the love of his life and the woman who would become the mother of his daughters, Patricia Roth. He loved his family very much, especially his wonderful grandchildren.

He was an electrician by trade and was a retiree of the Metro Water Department. He was a member of the International Brotherhood of Electrical Workers # 429 in Nashville and enjoyed the fellowship of his brothers there very much.

Mr. Elliott is survived by his wife: Patricia Roth Elliott of Nashville; daughters: Erin Elliott (Charles) Penny and Kerry Elliott (Matthew) Maskovyak; and grandchildren: C. G., Elliott and Eleanor Penny and Savannah, Teagan and Kendall Maskovyak. He was preceded in death by his parents: Anthony Elliott and Margaret Amos Elliott.

A memorial service for Roger will be scheduled at a later date.