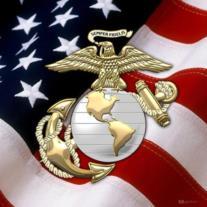 Myron was born on June 8, 1933, in Lake Placid, New York to Myron Roy Hough, Sr. and Margaret Marland Hough. Myron served honorably in the Korean War as a United States Marine. He was proud to have served his country in this manner and remained a member of the American Legion and the VFW until his health prevented him from doing so. Additionally, he earned his living as a Ford certified mechanic.

Myron is survived by his children: Keene (Doug) Henry of Portland, Tennessee, Myron “Roy” (Kathy) Hough, III of Ferndale, Florida and Shawn (Sue) Hough of Kennedy, New York; grandchildren: Dallon and Lilly Henry and Seth, Sarah and Hannah Hough; and siblings: Sally, Mae, Wayne and Dell. He was preceded in death by his parents: Myron and Margaret Hough and his siblings: Ruth and Jack.