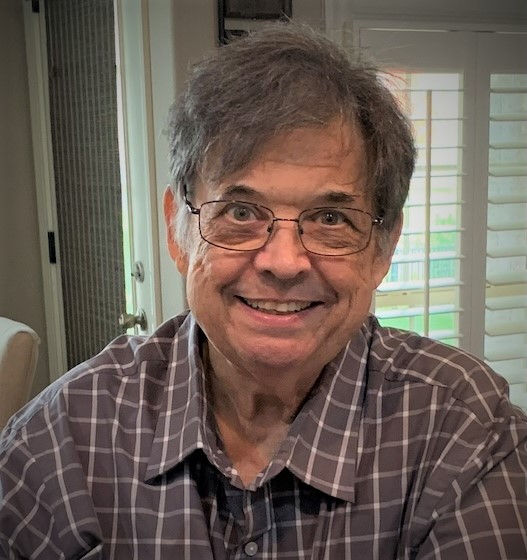 Harold Arthur (Joseph) Mathias, age 74, passed away July 1, 2021 in his home in Columbia, TN surrounded by his family after a long-fought and courageous battle with cancer.

Harold graced the world with his fun-loving and witty presence on February 24, 1947, in the Big Apple, born to the late Joseph Bernard and Mary Catherine Mathias.

Born on Long Island, raised in Sheepshead Bay, Brooklyn, educated in Queens and having moved to the upstate NY area as a young adult and residing there until his retirement, Harold was a true New Yorker. You didn’t wonder what he was thinking because he always let you know. He had a playful sense of humor and could always make people laugh. He was charming and endearing with a huge heart that longed to help others in need. When he was young, he loved to bowl with his friends (including two perfect 300 games) and as an adult he was even featured on Challenge Bowling, a TV show in Syracuse, NY, further evidence of his bowling prowess. He was extremely athletic and competitive with himself – he especially enjoyed running, cycling, racquetball, tennis and golf. He loved to be on the water and we all enjoyed boat rides with him on Owasco and Skaneateles Lakes. An avid restaurant connoisseur, he relished scoping out local diners and hidden gems, inevitably becoming a regular where everyone knew his name. Taking his kids out to eat was always a favorite pastime of his as well. The Regional, Heid’s, Stella’s, Vicky’s Tasty Treats, The Carriage House and the local bowling alley were some of his top spots, just to name a few. He appreciated driving foreign makes and models and was impeccable with his taste, often securing top of the line finds even on a budget. Whatever he was interested in, he was laser-focused and became an expert in the subject. He was fascinated with collector’s items and electronics – from guitars to guns and everything in between, he enjoyed the thrill of finding the perfect addition to his collection. Although more of an introvert in his golden years, he was a rather outgoing and personable guy for much of his life. He loved to karaoke anywhere he could find a microphone. Harold was a passionate music lover; he was gifted with a rich and melodic voice that he loved to share with others. He recorded countless SingSnap songs to be proud of and his songs have been heard in over 40 countries! He reveled in belting out soulful melodies while he drove, harmonizing beautiful duets with his children with all the windows rolled down! When music shops were still around, nothing made him happier than flipping through endless CD titles (his kids well-versed in these familiar sights and sounds), anticipating his soon-to-be latest musical fixation. He learned to play the classical guitar and fostered a deep love and fondness for the piano, tickling the ivories often, both instruments mostly self-taught. If you didn’t find him in his home recording music, researching online purchases or sitting at his computer watching movies or old re-runs of The Honeymooners, Amos & Andy or Frasier, you could find him at Bucky’s Diner, shopping at Publix or visiting his best friend Tony where they would talk for hours always remarking how they were solving the world’s problems together. A devoted conservative, he enjoyed listening to talk radio for many years. He also attended several churches throughout his life, but was not a member of a specific congregation. His faith in Jesus was special to him and he was at peace knowing he would see his loved ones again in heaven someday. As his illness progressed, he looked forward to and treasured his weekly family FaceTime calls with his beloved children every Sunday afternoon; ever the true pride and joy of his heart.

Harold earned an Associate Applied Science Degree in Electrical Technology from SUNY Morrisville and he was always very mechanically inclined. He would spend hours researching any subject he was interested in until he mastered it. He proudly served his country as a Staff Sergeant in the United States Air Force. He was stationed at the Dover Air Force Base in Delaware and while serving in Vietnam, he worked as a Fuel Systems Mechanic overseas in Okinawa, Japan. Harold worked in Syracuse, NY as a technician for Verizon for 31 years until his retirement. Once he retired, warmer temperatures and being closer to family drew him south.

Harold is preceded in death by his parents and older brother, Joey Mathias.

Cremation Society of Tennessee is assisting the family with arrangements. Condolences can be given to the family by visiting our website at www.cremationsocietyoftn.com.