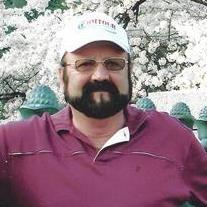 Born August 10, 1947 in Zanesville, Ohio, Mike was a 1965 graduate of New Lexington High School. Mike volunteered to join the combat forces of the Marine Corps during the height of the Vietnam War and was awarded the Purple Heart twice. Mike suffered from myriad health issue for decades, many of which he attributed to his exposure to Agent Orange while in Vietnam.

Mike’s service with and to veterans remained a lifelong cause as demonstrated by his membership in the VFW, the American Legion, the Rolling Thunder, and his service as the State Treasurer of Tennessee of the Disabled American Veterans (DAV) and Treasurer of his Local Chapter of DAV in Nashville. In his leisure time, Mike loved riding his Harley – often with others in the Harley Owners Group (HOG), playing golf, shooting pool, and listening to the Blues.

A former underground coal miner, Mike went on to earn his Bachelor’s Degree from Western Kentucky University in Bowling Green, Kentucky. Following his graduation, Mike worked as a financial analyst for EDS, a multinational information and technology company and subsidiary of GM. Thereafter, Mike worked as a financial planner for the Saturn Company at its corporate headquarters in Spring Hill, Tennessee, where he organized and ran a billiards league for several years.