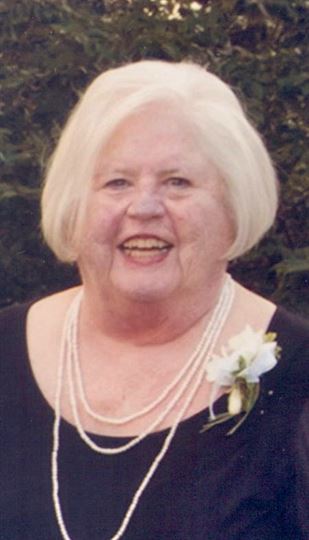 Mrs. Mary Christofferson Flanagan of Franklin passed away on Saturday, December 17, 2011, at Williamson Medical Center. A memorial mass for Mrs. Flanagan will be conducted Tuesday, December 27, 2011 at 11:00 A.M. at St. Phillips Catholic Church in Franklin with Father Bala officiating. The family will visit with friends from 10:00 A.M. until service time on Tuesday at the church. Mrs. Flanagan was born March 11, 1933 in Neilsville, WI, the daughter of the late Thorwald Christofferson and Margaret Schiller Christofferson. On September 3, 1955 in Milwaukee, WI, she married Giles Flanagan and they enjoyed 56 years together. Mary was a graduate of Marquette University and had been employed in public relations. During their retirement years, Mary and Giles enjoyed extensive travel. Together, Mary and Giles reared six children whom they delighted in. Their children include Kathy Flanagan of Park Ridge, IL, Jim Mary Flanagan of Brentwood, Eileen Cal Reynolds of Brentwood, Chris Ray Chalmers of Canton, MI, Bill Kristen Flanagan of Chanhassen, MN and Sara Flanagan of Wauwatosa, WI; 8 grandchildren and 2 great-grandchildren. In addition to her parents, Mary was preceded in death by a sister and a great-grandson. In lieu of flowers the family requests memorials be made to Marquette University, Gift Services, P.O. Box 1881, Milwaukee, WI 53201-1881. Condolences may be sent to the family at cremationsocietyoftn.com