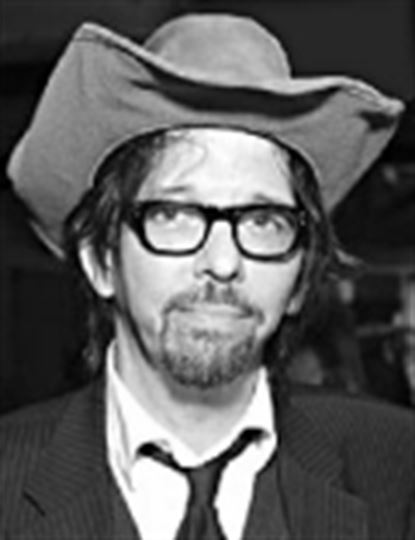 Frederick Mark Linkous departed this life on March 6, 2010 in Knoxville, Tennessee. He was born and raised in Virginia, spending much of his childhood in Charlottesville and Southwestern Virginia. Shortly after graduating high school, Mark left Virginia for New York, where he co-founded the band The Dancing Hoods. After a move to Los Angeles, he went back to Virginia where he started his most well-known and beloved project, Sparklehorse, and released four acclaimed albums. His music and words were deeply felt by people all over the world and his beautiful, dreamlike sounds were heard in his production and collaborations with other artists, including Tom Waits, PJ Harvey, Danger Mouse and Daniel Johnston. With all his accomplishments, Mark remained humble and extremely modest. He appreciated the creativity of others, not only in music, but also in art, film and literature. He was quiet and gentle, soft spoken and warm. He saw and felt beauty in a powerful way and he never rushed, unless he was on a motorcycle coming out of a hairpin turn. He had strong empathy, a compassionate heart and an exceptional sense of humor. He was kind and he was loved. He will be missed very much by his wife, Teresa Linkous; mother, Gloria Hughes Thacker; father, Frederick Linkous and stepmother, Leta; brothers, Matt, Paul and Daniel Linkous; sister-in-law, Melissa Linkous; his beloved nephew, Spencer Linkous; and many other well-loved family and friends. Memorial contributions may be made in his name to Sweet Relief Musicians Fund, 4952 Warner Avenue, Suite 242, Huntington Beach, Calif. 92649. Services will be held at Lewis Ginter Botanical Garden in Richmond, Va. on Saturday, March 20, at 3 p.m.