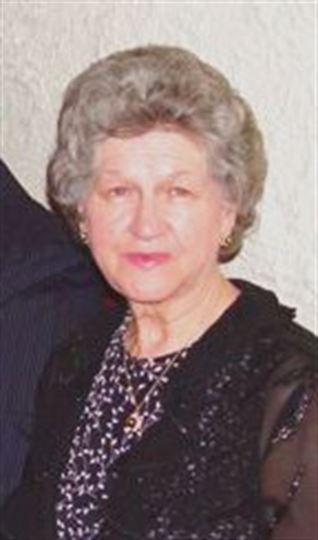 Mrs. Lois Olive Berry, age 79 of Columbia, TN, died Friday September 3rd in her home. Mrs. Berry was a native of Burlington, NJ and was a homemaker. She was the daughter of the late Everett and Lois Lee Doughty, and was preceded in death by her husband of 59 years, Reuben L. Berry, on April 20, 2010. She served as a evangelizer of the Good News of God’s Kingdom as one of Jehovah’s Witnesses for more than 60 years until her death. She was an avid Bible reader, a very intelligent and creative woman, and a truly spiritual person. She applied Bible teachings in her life as a wife, mother and member of the Christian congregation. She is survived by her five children: David Toni Berry of Prescott, AZ, Jeff Kathy Berry of Spring Hill, TN, Mark Vickie Berry of Houston, Texas, Sandy Byron Otto of Spring Hill, TN, and Eric Berry of Columbia, TN. She is also survived by 5 grandchildren: Michelle Henson, Brandon Berry, Heather Culver, Allen Berry, and Amy Otto; and 3 great-grandchildren. Additionally she loved her kitty Lily and grandpups: Sable and Sasha. Memorial services will be conducted Saturday, September 25th at 2:00 PM at the Kingdom Hall of Jehovah’s Witnesses, 4002 O’Hallorn Dr, Spring Hill, TN 37174. Everyone is invited to attend.