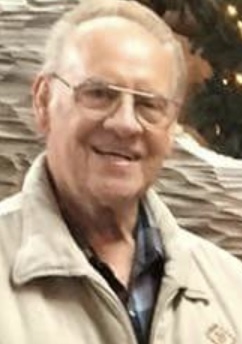 Larry was born on October 28, 1940, in Ottawa, Kansas to the late Clifford and Lois (Brubaker) Carey.

Larry married the love of his life in 1986, Lois Elaine. He spent 35 ½ wonderful years with her. Together they grew a life that was full of travel and laughter. For years, Larry and Elaine traveled to Colorado, until he decided that he wanted to go to Yellowstone National Park, which was their final trip together.

When Larry was not traveling with his wife, he was either golfing or riding his Harley motorcycles all around town. Besides for his love of motorcycles, he was an avid woodworker. He could make anything that his family wanted. He built bookcases, quilt racks, tables, a sewing machine cabinet for his wife, and the last thing he made was a homemade cedar chest for his granddaughter, Ashley.

Larry was a jokester and loved to tell the staff at the hospital, that his wife was his mother since they shared the same name. He always got a kick out of that joke.

Larry was a Mason and served in the United States Army.

Larry was such a loving husband, great father, wonderful grandfather and great grandfather. He will be deeply missed by his family.

Larry is preceded in death by his parents and son Vance Carey.

Cremation Society of Tennessee is assisting the family with arrangememts.