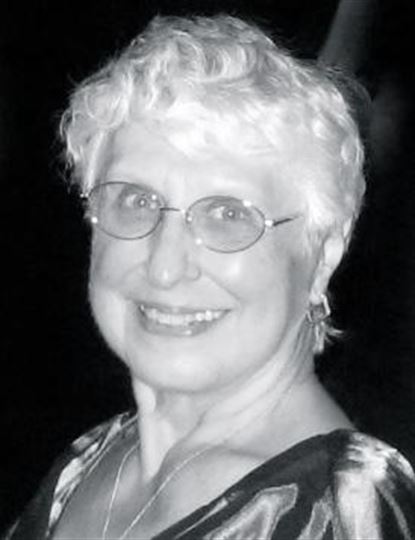 Mrs. Kathryn Ann Mayo, nee Nittinger of Lewisburg, TN passed away on Thursday, November 15, 2012 at home after a two year bout with Cancer. A Memorial Mass for Mrs. Mayo will be conducted Saturday, November 24, 2012 at 3:00 P.M. at St. John’s Catholic Church, 1061 S Ellington Parkway, Lewisburg, TN 37091 with Father William Kelly officiating. The family will visit with friends beginning at 2:00 P.M. at the church. Mrs. Mayo was born on May 17, 1937 in Watervliet, NY, the daughter of the late Daniel and Rebecca Ford Nittinger. Kathy graduated from Cathedral Catholic High School before departing to experience all the world had to offer. She began her great experience in New York City where she lived in the bustling city and worked as a hotel telephone reservation clerk for Hotel Pennsylvania having phone exchange PEnnsylvania 6-5000, the oldest continuing phone number made famous through a song by Glenn Miller. She tried out for the prestigious New York City Rockettes and was on a dance troupe that toured with Bill Haley and the Comets. She loved to dance and at an early age was a regular performer on the Friday night television show “Teen Age Barn” – one of the earliest shows to air. After New York City she ventured out to California where she lived in the Burbank area of Los Angeles working various jobs trying to break in to the entertainment industry and supporting her love of skiing at Mammoth Mountain. On July 7, 1962 she was married to Louis Mayo in Watervliet, NY and they enjoyed 50 years together, raised four beautiful children and five wonderful grandkids. Kathy had various jobs while accompanying her husband who was in the U.S. Air Force. During their time in the Air Force they were stationed all around the world starting in Germany then travelling to Indiana, Okinawa Japan, Mississippi, North Dakota, Arkansas and finally to O’Fallon, Illinois where they retired. A job transfer brought them to Lewisburg, TN in 1992. While living in Lewisburg, Kathy worked as a volunteer with various organizations including Red Cross, Good Samaritan, Meals on Wheels, and Adult Education. During their retirement years, it is no surprise that Kathy and Lou purchased an RV to continue their travels around the US and Canada, spending as many as six months of the year away from home. Kathy loved her family and friends, so most of their excursions overlapped with visits to loved ones. Kathy was full of life, had seemingly endless amounts of energy, and would always light up a room with her contagious laugh during any gathering. Kathy will forever be travelling in her RV, building campfires, dancing and wearing out those trying to keep up with her. She is survived by her husband, Lou, a brother, Robert Lorraine Nittinger of Port St Lucie, FL, two daughters, Karen Lightfoot of St. Louis, MO, and Joyce Darren Boehm of Wilmington, MA, sons Michael Carey Mayo of Austin, TX and Louis Karen Mayo of Fairfax Station, VA. Also surviving are four grandsons, one granddaughter, several nieces, nephews, grandnieces, and grandnephews. In addition to her parents, Kathy was preceded in death by her sister and two brothers. In lieu of flowers donations may be made to the American Cancer Society or Hospice Compassus, 1412 Trotwood Ave Suite 5, Columbia, TN.