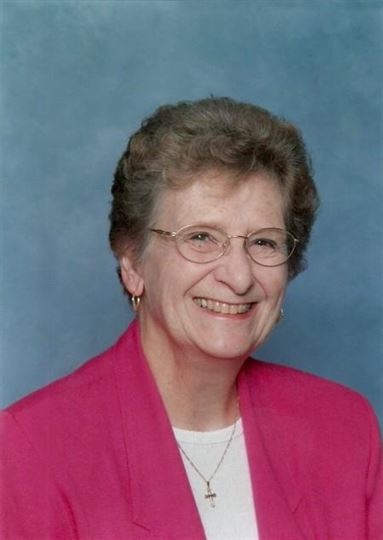 Julia B. Spitzler, age 79 of Murfreesboro, TN died Friday afternoon at Adams Place in Murfreesboro. A native of New York, NY, she was the daughter of the late Matthew and Marie Tonner Bernius. Julia graduated from Hope College in Holland, MI and was an English teacher. She was later employed for 15 years as a typographer for The Phipps Press in Freeport, NY. Julia was a member of St. Mark’s United Methodist Church in Murfreesboro, and a former member of Trinity United Methodist Church in Gainesville, FL. She is survived by a daughter: Linda J. Jimmy Sadler of Bradyville; two sons: Kenneth P. Paula Spitzler and Michael A. Patricia Spitzler, and grand-daughter: Maggie Spitzler, all of Murfreesboro; a sister-in-law: Jessica Bernius of Amityville, NY; three nephews: Matthew, Paul and Glenn Bernius; and former husband: Henry Spitzler of Lascassas, TN. She was preceded in death by her brother: Matthew D. Bernius, who died in 1998. Julia was well traveled both in the US and overseas. She exhibited her talent in theater productions with her churches in FL and NY, and enjoyed bird watching and gardening. Memorial services will be conducted at St. Mark’s United Methodist Church in Murfreesboro on Saturday, January 15 at 4:00 PM.

11 responses to Julia B. Spitzler