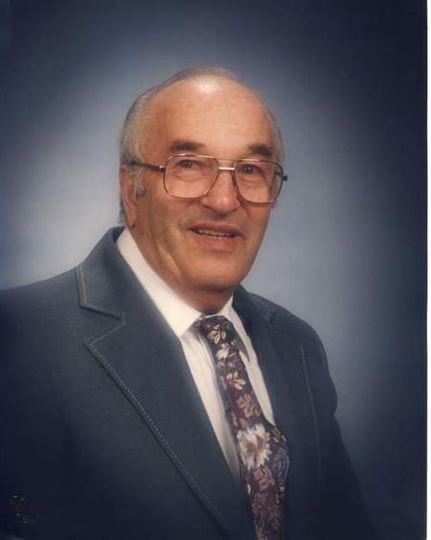 Mr. Gerald A. “Jerry” Feucht, age 88, resident of Richmond Drive in Pulaski, passed away on Friday, February 25, 2011 at his residence. Born November 17, 1922 in Leroy, Wisconsin, he was the son of the late Peter and Mary Elbis Feucht. Jerry was the husband of Edith Ormord Feucht who he married on October 24, 1951 in Madison, Wisconsin. He was an Army Veteran having served in World War II. Jerry was a master electrician and was co-owner of Penn Electrical Company in Madison, Wisconsin from 1961-1973. After leaving Wisconsin, he was employed with Walski Electric in Alaska and Colorado. For the remainder of his life, Jerry was a self-employed electrician. He loved building wooden bird houses, TN road runners and moose squitos. On April 21, 1951 he was baptized as one of Jehovah’s Witness, and was and Elder for Jehovah’s Witness. He loved helping others in need. He repaired homes for people in the church and also built Kingdom Halls in United States as well as in foreign countries. Jerry loved telling jokes and stories. He loved making people laugh. In addition to his loving wife, he is survived by his six children, Steven Peter Sherry Feucht of Pueblo, Colorado, Gregory Alan Christine Feucht of Murfreesboro, Barbara Rowe of Columbia, Timothy John Cindy of Pulaski, David Gerald Laura Feucht of Fayetteville and Elizabeth Anne Jonathan Chin of Sun Prairie, Wisconsin; 14 grandchildren and 10 great-grandchildren. In addition to his parents, he was preceded in death by his identical twin brother Harold, two other brothers, Arnold and Melbert “Cookie” and his sister, Philomena Ertl. Memorial services for Mr. Feucht will be conducted at 4:30 P.M. on Sunday, February 27, 2011 at the Kingdom Hall of Jehovah’s Witness in Pulaski. The Feucht Family will receive friends from 3:00 until service time on Sunday at the church. Cremation Society of Tennessee is assisting the Feucht Family with the arrangements. Jerry’s favorite Bible scripture was Daniel 2:44:
“And in the days of these kings shall the God of heaven set up a kingdom, which shall never be destroyed: and the kingdom shall not be left to other people, but it shall break in pieces and consume all these kingdoms, and it shall stand for ever.”