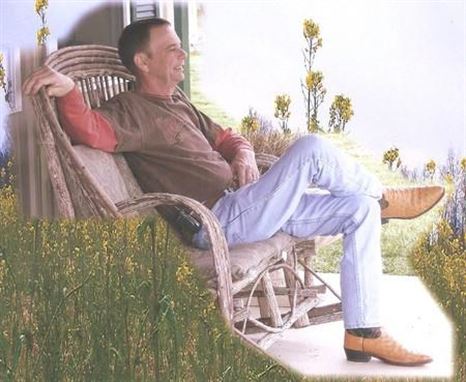 Jeffery Doyle “Jeff” Moore, age 55 of Lewisburg, died Wednesday night at his residence following an extended illness. Jeff was a native of Marshall County and served his country during the Vietnam War in the United States Army. He was an electrical lineman, working for many different contractors. Jeff was a father and friend who loved people and gave of himself whenever asked. His family remembers his ability to work on “anything that ran”, describing him as a car guru. Though he had a passion for living, it seemed Jeff was happiest climbing a pole and working on the line. He worked a young crew of linemen who loved and protected him as his health began to fail. His interests were varied, from the Atlanta Braves and bluegrass music, to Jack Daniels and the music of the Celtic Women. Through it all though, Jeff reserved the most special area of his life for his grandchildren and animals. His family and friends gave him the strength to live each new day. Jeff was preceded in death by his mother, Dorris Young Jones, his grandparents who raised him: Buck and Annie Young; and a special uncle: Mack Hardison. He is survived by his wife: Rita Gattis Moore of Lewisburg; a daughter: Kenna Leigh Moore Puckett of Chapel Hill; son: Jeffery Doyle Moore II of Shelbyville; son: Brian Fann of Columbia; step-daughter: Jennifer Aldridge of the Wheel Community; step-son: John Hickman of Lewisburg; a sister: Perrie Keith Bills of Lewisburg; special aunt: Teenie Hardison; 9 grandchildren; and a niece and nephew. The family will gather to visit with friends from 11:00 AM to 2:00 PM Saturday at the LifeSong Family Church, 1041 S. Ellington Parkway in Lewisburg. A Life Celebration will begin at 2:00 PM at the church. Burial will follow in Friendship Cemetery at Culleoka. Pallbearers will be Sammy Hay, Paul Wiles, Bart Workman, Chris Oliver, Billy Prince, Stanley Stinnett, Jeff Moore II, and Jeremy Posey. The family requests that in lieu of flowers memorial donations be made to the charity of your choice.