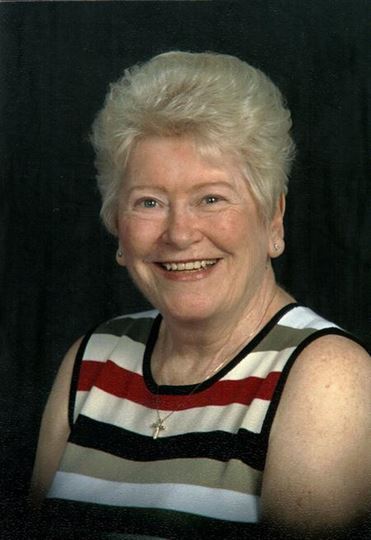 Jeanne Louise McLucas Scott, born September 30, 1930 in Randolph, MA. died Sunday evening, September 5, 2010 in her Nashville home following a lengthy illness. She was 79 years young. Jeanne was a devoted mother and grandmother who loved God and family above all else. She originally left Massachusetts as a young woman to live in the Pacific Northwest and work as a civilian for the United States Army. It was there she fell in love, married and started a family. The family moved to California and then to Oregon where they settled for the next 30 years. Jeanne was an active member of the Lake Oswego Garden Club, board member of the Lake Oswego Community Theater and willing participant in all things Boy Scout, little league or Camp Fire Girls for her two children. As her children grew older, Jeanne went back to school to get her realtor’s, broker’s and appraiser’s licenses working for Stan Wiley Real Estate and Benjamin Franklin Savings and Loan in Portland, OR. In 1991 Jeanne left Oregon for southern California to become an elder-caretaker until 1994 when she moved to Tennessee to be near her daughter and granddaughter. Preceded in death by her father James McLucas, mother Mary Elizabeth Scully McLucas and sister Marie T. McLucas Gross, her survivors include her son, Jeffry Scott Trish of Georgia, daughter Pam Capers Bruce of Nashville, granddaughter Katie Spann Elvis of Murfreesboro, grandsons Michael Burton Scott and Justin Taylor Scott of California, nephews Jim Gross Patti of Massachusetts and Ed Trish of New Hampshire, nieces Debbie Lenny Steele of Massachusetts and Nancy Roger of Rhode Island, brother-in-law Edward Gross of Massachusetts, and a host of great nieces and nephews. A memorial service will be held on Friday, September 17th at New Vision Baptist Church located at 1750 N. Thompson Lane in Murfreesboro, TN. Visitation with the family will be from 4-6 p.m. with the service beginning at 6 p.m. with Pastor Brady Cooper officiating. Please send rememberances to Jeanne’s favorite charity, Guide Dogs for the Blind, Donations Department, Guide Dogs for the Blind, P.O. Box 3950, San Rafael, CA 94912-3950.