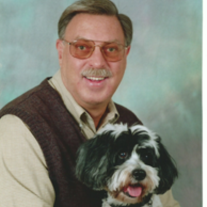 Mr. James Michael O’Rourke, age 64, of Memphis, Tennessee passed away at his residence on Saturday, March 19, 2016.

Michael was born on October 22, 1951 in Clarion, Pennsylvania to James K. O’Rourke and Marthina Sexton O’Rourke. He attended Valley Forge Military Academy and his time there became one of the defining moments of his life. There he made life long friends and his character was formed. He went on to graduate from Ohio State University – Ashtabula. He spent a lifetime in the sales field, representing several different products and services throughout the years.

Michael is survived by his sister: Patricia (Jeff) Taylor of Collierville, Tennessee. He was preceded in death by his parents: James K. and Marthina Sexton O’Rourke.

The family will celebrate Michael’s life at a later date.