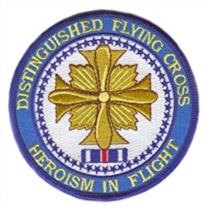 Mr. James Lowell Phifer, age 74 of Burns, Tennessee and formerly of Clarksville, passed away on Monday, January 23, 2017 at the Tennessee State Veteran’s Home in Clarksville, TN.

James was born on November 29, 1942 to Ollie Phifer, Major, US Army, Retired and Ruth Dance Phifer in Minden, LA. He was a 1962 graduate of Clarksville High School, lettering in football and track. He received a track scholarship to Northwestern State University in Natchitoches, LA. He earned his B.A. there while also participating in the ROTC program. He was a member of the First Presbyterian Church in Clarksville, TN.

James entered the Army in 1966 and served in the Vietnam theatre for one year, and was promoted to the rank of Captain during his four years of service. It was during that time, that James life-long love affair with flying helicopters was born. Hueys were his specialty and he excelled at the skill. During his term of service he was awarded the Purple Heart, Bronze Service Star and the Distinguished Flying Cross for heroism while participating in aerial flight. After being honorably discharged from active duty with the regular Army, James joined the Tennessee National Guard and retired after twenty-five years of service as a Chief Warrant Officer 4. He was a member of the American Legion, the VFW and the Distinguished Flying Cross Society.

While serving in the National Guard, Mr. Phifer also worked as an industrial engineer for several corporations. In his spare time, he enjoyed fly fishing, especially at Kentucky Lake.

A memorial service to celebrate the life of James Phifer will be held on Saturday, January 28, 2017 at 5:00 p.m. at First Presbyterian Church in Clarksville, Tennessee, with military honors being provided by the United States Army Honor Guard.

The family requests that memorials be made to the Folds of Honor Foundation at www.foldsofhonor.org. Since 2007, the Folds of Honor has carried forth this singular, noble mission. To provide educational scholarships to spouses and children of America’s fallen and disabled service-members. Our motto says it best. Honor Their Sacrifice. Educate Their Legacy.