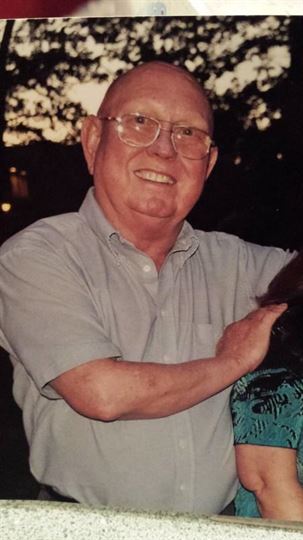 Jack McGhee, age 70 passed away January 26, 2014 at Alive Hospice in Nashville, TN. He is preceded in death by his father and mother, Clifford and Blanche McGhee, and his sister Carolyn. He is survived by his children Sherry Naron of Lebanon, TN. and James McGhee Trish of Waterloo, IL.; Extended family include Amanda Jeremy Henderson of Murfreesboro, TN. Grandchildren: Bobby Tankersley, Brandon Tankersley Olivia of Lebanon, TN.; Jennifer and Charlie McGhee of Waterloo, IL.; Allayna and Alyssa Henderson of Murfreesboro, TN; and 6 great grandchildren. Jack retired as president from Mrs. Grissom’s Salads. He loved NASCAR, playing pool, and watching the Tennessee Vols. Spending time with his family was important to him. Shawna Ray was Jack’s beloved dog that already misses him. Jack was an amazing dad and grandfather, and will be missed by all those who loved him.