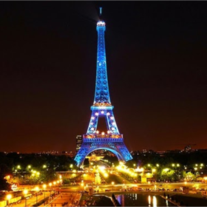 Ida was born on April 13, 1934 in Sagua La Grande, Cuba to the late Antonio Gonzalez Solar and Rosa Garcia. Ida was an amazing woman who lived an adventuring life. She attended college for two years with intentions of following in her father’s footsteps in becoming a lawyer. However, circumstances beyond her control caused her to change her life plan completely. Fleeing her home country of Cuba during the take-over of the government by Fidel Castro, Ida became a United States citizen. After her escape, she got a job with National Airlines and became a flight attendant. This opened up a whole new world to Ida and she fell in love with travel. She eventually went to work for Pan Am and later Air France and traveled all over the world becoming fluent in English, French, Portuguese and Italian, in addition to her native Spanish. After the birth of her beloved son, Antonio, she changed careers and worked for many years as an administrative assistant for several companies in South Florida. She was of the Catholic faith.

Ida is survived by her loving and dedicated son: Antonio (Kimberly) Montiel of Franklin; and grandchildren: Tayler Montiel and Cecilia Montiel. In addition to her parents she was preceded in death by her sister: Yolanda and the father of her son and husband of five years: Oscar Montiel.