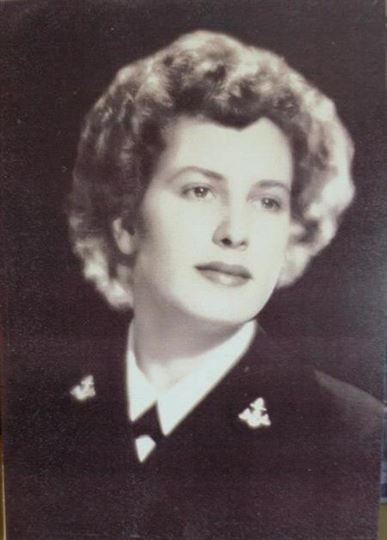 Mrs. Grace Lucille Clore Camp, age 88, lived a rich full life and died peacefully on Thursday, February 28, 2013. She is survived by the following family members: Daughters- Kathryn Camp Roose and Margaret Camp Chris Heikkinen, Grandchildren- Rajam Roose, Holly Roose and Kristen Lamb, and Sister- Ann Pressly. She was preceded in death by her father Mr. Wallace Bondurant Clore, Mother Mrs. Grace Clore and Sister Mrs. Peggy McCracken.
Mrs. Camp was born April 27, 1924 in Springfield, Illinois. During WWII she served as a Wave in the Navy. After WWII she attended the University of Texas where she met and married Mr. Clarence Camp. The Camp family emerged with the birth of two daughters, Kathryn and Margaret.
After raising her children she went back to school and graduated from Middle Tennessee State University MTSU with a Master’s in Education. Mrs. Camp served for many years as a teacher in the Tennessee school system. She was active in the following church functions to include: teacher, alter-guide, sacristy, lector, director of Continuing Catholic Development CCD and traveled on several mission trios to the Holy Lands and Italy. She loved genealogy and by building on the work of her father, traced her families’ history, and joined the Daughters of the American Revolution DAR. In recent she made and donated afghans to the Veteran’s Administration.
Mrs. Camp touched the hearts of many and will be greatly missed by her family and friends. In Lieu of flowers, the family request that donations be given to either the Summer Reading Program at Coffee County Lannom Memorial Library at N. Collins St., Tullahoma, TN 37355 or CASA Court Appointed Special Advocates Works, 224 W. Fort St., Manchester, TN 37355 who are helping children in Coffee, Bedford, and Franklin Counties.
A memorial service will be held at Good Shepherd Catholic Church, 2037 Decherd Blvd, Decherd, TN 37324 on March 26, 2013 at 1 PM. Burial will be following at Hurricane Church Cemetery, Hurricane Church Creek Road, Lynchburg, TN. A celebration of Life Reception will be held at 1718 Country Club, Tullahoma, TN 37388 from 4:30 pm- 6:30 pm. We hope to see family and friends there of Lu Camp to share memories and stories.
Services provided by the Cremation Society of Tennessee. Condolences may be made at www.cremationsocietyoftn.com