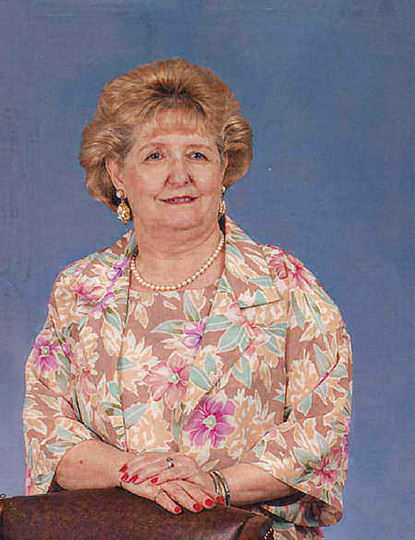 Mrs. Grace E. Robinson, age 81, passed away on Sunday, January 8, 2012, at her home in Nashville. Funeral services for Mrs. Robinson will be conducted Wednesday at 1:00 P.M. at the Radnor Church of Christ with Lytle Thomas, Faye Cornwell and Wayne Cornwell officiating. Burial will follow in the Mt. Olivet Cemetery. The family will visit with friends on Wednesday from 11:00 A.M. until time for the service at 1:00 P.M. at the church. Mrs. Grace was born June 12, 1930, in Nashville, the daughter of the late Foy Emmitt McPherson and Catherine Earline Duff McPherson. She was the wife of the late George Robinson. Mrs. Grace was a homemaker who loved her family, spending time with her grandchildren and was proud that she was able to “do for herself.” She was a member of the Radnor Church of Christ. Survivors include her children, Ronnie E. Donna Robinson of Fairfax, VA, Janice Danny Martin of Cadiz, KY and Shirley Bug Norris of Nashville; six grandchildren, Terri Lynn Watkins, Tommy and Casey Atwood, Susan Bennett, Bubba Norris and Ron Robinson, Jr.; 6 great-grandchildren, Shelby, Taylor and Presley Watkins, Kaylee and Emma Atwood and Tommy Atwood. In addition to her husband and parents, Mrs. Grace was preceded in death by a son, Jimmy Robinson, one sister, Shirley Musto Riddle and one brother, Richard McPherson. Pallbearers will be Danny Martin, Bug Norris, Bubba Norris, Casey Atwood, Matthew West, and Jay Warren. Honorary pallbearers will be Terry Atwood, Tommy Atwood, Ron Robinson, Jr., JP Hamilton, and Kendal Bennett.