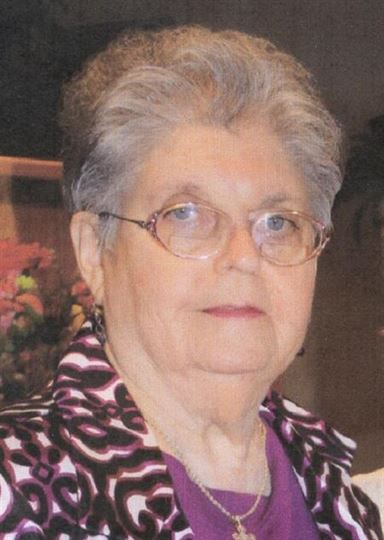 Gloria K. Frazer, age 88, resident of Murfreesboro, TN, passed away on Monday, July 23, 2012, at her residence with her family by her side. Gloria was born February 23, 1924 in Covington, Louisiana, the daughter of the late Luther C. and Elizabeth Miller Ward. She was the wife of the late Lloyd E. Frazer, Jr. Gloria was employed in the purchasing department with Loyola University. She had an affinity for African violets and loved working crossword puzzles. She was a communicant of St. Rose Catholic Church in Murfreesboro. Survivors include her children, Lois Stephen Malaga of Murfreesboro and Lloyd E. Frazer III of Metairie, LA; grandchildren, Shelly Walker, Chantelle Koserski and Jennifer Frazer along with two great-grandchildren, Shaun and Braeden Koserski. She is also survived by several nieces and nephews. In addition to her husband and parents, Gloria was preceded in death by two sisters, Cecelia Schafer and Pauline Potter and two brothers, Luther C. Ward and Ellis E. Ward. A memorial mass will be conducted Monday, August 6, at the St. Benilde Catholic Church, 1901 Division Street, Metairie, LA. The family will visit with friends from 11:00 A.M. until time of the service at the church. In lieu of flowers, memorials may be made to the charity of your choice.