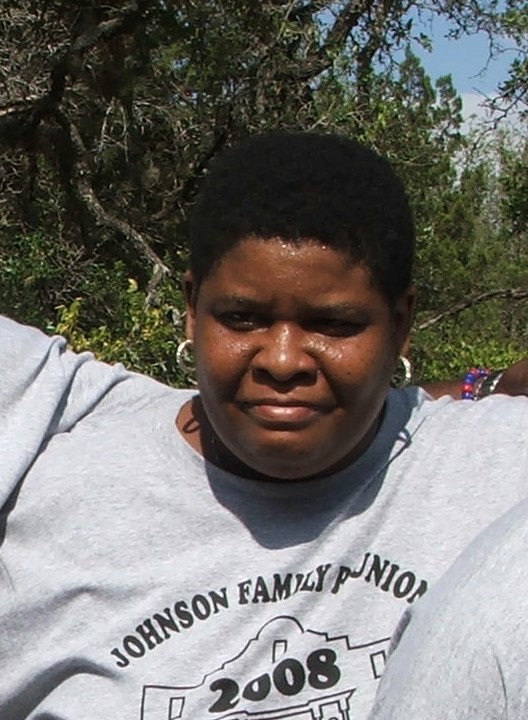 Gloria Jean Porter was born On April 29, 1960 to Isaiah and Thelma Porter. Gloria was the youngest of eight children. Gloria grew up in Detroit Michigan where she attended Detroit Public schools. Gloria was truly a child of God and loved the Lord. Gloria loved going to church on Sundays with her sister Lawanda.

Gloria had a very competitive side to her. She loved a good competition and would always talk a good smack. Whether she played  softball, playing cards, bowling, dancing you name it she enjoyed it all.Gloria won several metals while competing in the Special Olympics And was very proud of that.

Gloria always helped everyone and loved doing so. She could tell you when everyone had a doctors appointment ,Dentist appointment, basketball game, a birthday and so much more. Gloria was a blessing to many people.

Gloria would never hesitate to hug  or acknowledge anyone  she knew no matter where she was. She had a True love for shopping and would go every day if possible.

Gloria moved to Columbia, Tennessee in the early 1990s with her sister Lawanda and brother-in-law Gary McAllister. After many years in Columbia they later moved to Murfreesboro  Tennessee. There Gloria would find employment and took pride in the jobs she held. Gloria had an incredible work ethic and would never want to miss work. She was a true example of dedication and inspired  so many with the way she lived her life.

Gloria made her transition and went to be with the Lord on September 1, 2021. Gloria was preceded by her father Isaiah her mother Thelma three brothers Gregory ,Micheal, and Jinx. Ten days after her death sadly her sister Lawanda also left to be with the lord. Gloria leaves behind three brothers Isiah, Herbert and Clifford to mourn her.

Gloria will be missed tremendously by a host of nieces ,nephews, family and friends who loved her dearly.