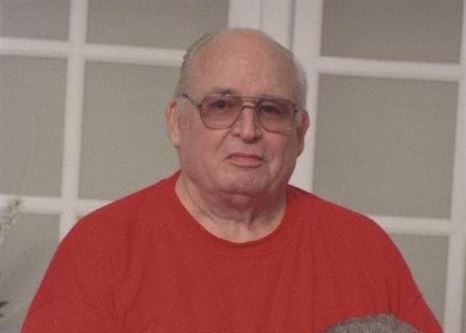 Gayland Dean Taylor, age 75, died Tuesday March 10, 2009 in Via Christi – St. Francis Hospital in Wichita, KS. Dean was born in Knox City, TX, the first of three sons of Grady Leon and Lula Pearl Puckett Taylor. His early days were filled with the joys and beauty of Fannin County where he was raised. He spent many hours in the summer teaching the young locals to swim at the Fannin County State Park, where his father was the park ranger. Dean graduated from Bonham High School in 1951 and served his country in the United States Navy during the Korean War on the USS Persistant and USS Zeal. He was presented a medal for military merit, and for her the ship’s service with the Formosan Navy in August 1955, crew members were awarded the “U.S.-R.O.K. Mutual Defense Commemorative Badge 1955-1979” and the “Honor Medal for 823 Bombardment.” He was also awarded a medal of Merit for saving the life of a shipmate. Dean was employed for many years with Sears-Roebuck where he was a serviceman, and finally assistant service center manager in Dallas. A relocation of employment took him and his family to Wichita KS in 1977. He moved the family to Newton in 1981, and remained there until his death. Dean retired from Boeing Aircraft in 2002 and spent his free time with his grandchildren, as much as his health would allow. He had a great interest for history, especially family genealogy, and spent many hours in research and contact with cousins around the country. He was a member of the Sons of Confederate Veterans and the USS Zeal Association. One of his greatest joys was Christmas and his artistic talent of gift-wrapping was matched by few others. Often times, the gift was truly secondary to the presentation. No matter his health, Dean had to be doing something with his hands. He was notorious for starting a project, but never quite finishing before something more exciting came along. The projects he did finish were detailed and cherished. His pride and joy was visiting his grandchildren and seeing them in their activities. Dean is survived by his wife: Lydia Schumpert Taylor of Newton, KS; 7 children: Rebecca Leigh Alan Bansemer of Newton, KS; Sean Michael Patty Taylor of Derby, KS; Christopher Marcey Taylor of Spring Hill, TN; Tanya Taylor Benjamin Lyon of Ft. Drum, NY; Jeffery Dean Martha Endsley of Tulsa, OK; Tami Jo Newhart of McKinney, TX; and Grady Lynn Trish Endsley of McKinney, TX; two brothers: Tom Lana Taylor of Phoenix, AZ and Pat D. Taylor of Arlington, TX. He is also survived by 16 grandchildren. Visitation will be Friday, March 13 from 1:00 – 6:00 p.m. at the Petersen Family Funeral Home, 215 Main Street, Newton, KS. Memorial services will be celebrated Saturday at 11:00 a.m. from the Columbus Ave. church of Christ, 101 Columbus Ave, Newton KS. The family will receive friends at the church one hour prior to the service. Dean will be buried in Bonham, TX on Sunday at 3:00 p.m. in the Willow Wild Cemetery with Military Honors provided by the United States Navy. The family requests memorial donations be made to the AGAPE Resource Center, 101 Columbus Ave, Newton KS, 67114.