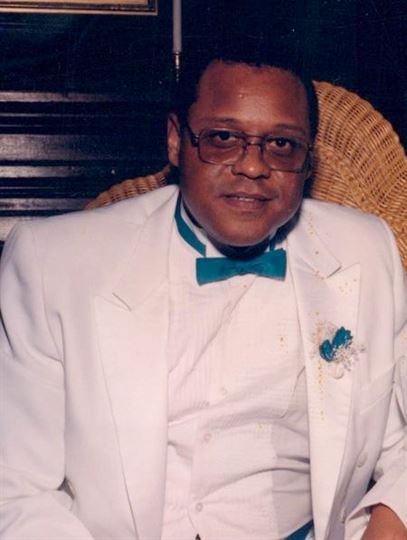 Emanuel John Brown age 60 was born on March 18, 1950 in New Orleans, Louisiana. He was the youngest son of James Brown Sr. and Sedonia Harrell Brown. He was baptized as a Catholic. He began his formative education in New Orleans at St. Augustine High School where he attended college preparatory courses and received scholastic honors. In 1968-1969 he attended Mac Murray College in Jacksonville where he majored in Liberal Arts. Upon making a sound decision to follow his heart regarding a specific institution of higher learning, in 1968 he transferred to the University of New Orleans where he majored in Child Development and in 1972 received a B.A. in Psychology. Emanuel was always known as “Butchy”, a nickname that was given to him by his family and friends during his adolescent years. In terms of his personality and demeanor, he was a very light, airy, and reserved, yet; extremely soft spoken individual. Emanuel’s persona exuded opulence. He enjoyed the finer things of life such as socializing and commiserating with family, friends and businesses at upscale restaurants or discussing business strategies at board meetings. His love for the world of sports was simply ostentatious. He was an avid supporter and loyal fan of the Saints Football Team even though he was a resident of Franklin, TN., home of the Tennessee Titans. Occasionally, Emanuel caught himself cheering for the Titans. In either case he was extremely passionate about pro-football, tennis and golf. In reference to his professional career he was a true novice and strong advocate when it pertained to the revitalization or re-structuring of buildings, homes and/or apartments in the communities in which he lived. Emanuel and his family moved to Franklin, TN., from New Orleans due to the aftermath of Hurricane Katrina, and he became gainfully employed as the Executive Director of the Community Housing Developers Association of Tennessee. He managed the day-to-day operations of CHDAT from 2006-2007. Emanuel’s career path has evolved into a wide array of areas focused on economic development. As a pro-active mover and shaker in various municipalities which includes Franklin, TN., Jefferson Parish and Orleans Parish, he spearheaded several state and federal funded programs whose primary objective and purpose was to build better communities in their respective states by strengthening the capacity of association members to provide access to safe, quality and affordable housing. Just to name a few jobs that he procured or was appointed to over the course of his lifetime consists of the following: Project Administrator at Beechgrove I & II Redevelopment Corporation, Jefferson Parish; Executive Director, Jefferson Housing Foundation, Jefferson Parish; Assistant Director/Director of Operations Jefferson Housing Foundation, Jefferson Parish; President, Innovative Design Group, Jefferson Parish; Senior Associate, Penn-Soft Services, Inc. Jefferson Parish; Executive Director, Department of Community Development, Jefferson Parish; Program Director Boy’s Club of America, New Orleans, LA; Counselor II Youth Service Bureau: City Welfare Department, New Orleans, LA. Emanuel was a member of several professional and volunteer associations in Nashville, TN., and Jefferson Parish. In terms of his hobbies and special interests Emanuel has always expressed interest in beta testing software programs, in addition to listening to and collecting jazz music. Emanuel Brown is survived by his wife of 28 years, Julie Christophe Brown, 3 sons, Hari Malik Brown, Nyereere Iman Brown and Lance Anthony Brown and one daughter Nikki Imani Brown; He leaves to cherish his memories to his 3 brothers; James Guy Brown Jr., Calvin Brown and Nathaniel Brown and sister Betty Brown. In addition; he leaves to cherish his memories to his 3 sister-in-laws; Ashley L. Wilson-Brown, Raynetta Brown and Fochia “Sandy” Brown; 6 grand-children and a host of aunts and uncles and many other relatives and special friends. Emanuel was preceded in death by his mother and father, Sedonia Harrell Brown and James Brown Sr. and 2 sisters Barbara Humphrey and Mary Alice Hamilton. A memorial mass will be celebrated on Saturday, June 12 at 10:00 AM from the Blessed Trinity Catholic Church, 4230 South Broad Street Broad & Napolean Ave, New Orleans, LA, 70125. Visitation with the family will be one hour prior to the mass. Honorary Pallbearers will be James Guy Brown, Jr., Allen Brown, Calvin Brown, Emmitt Brown, and Nathaniel Brown. **************
Going Home Go rest now precious one,
Your life in eternity has just begun.
Now you can walk, your legs are brand new.
All of heaven is now in your view. Look all around, it’s all in your sight,
There will never be another dark night.
Flowers and jewels, the street of pure gold,
And all of the things that we have been told. I can just imagine the smile on your face,
As you walk all around in that beautiful place.
Greetings our loved ones as you walk along,
While singing heaven’s most beautiful song. This is so very hard, but it will be all okay,
It isn’t goodbye; we’ll see you one day.
We love you and we’ll miss you
And at times it will be tough,
But as with everything,
God’s grace will be enough.