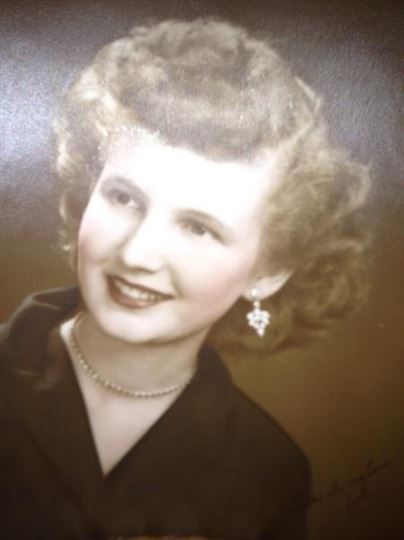 Mrs. Dorothy Ann McRoy Murakami passed away on July 20, 2012 at the Broadmore Senior Living Home in Murfreesboro, Tennessee. Mrs. Murakami was born on August 31, 1932 in Davidson County, Nashville, to the late Marshall McRoy and Mary Crabtree. Dorothy was married to Kiyomi Murakami, who fought for his country during World War II with the famed U.S. Army’s 442nd Regimental Combat Team. Dorothy and Kiyomi were married in Chicago, IL., in July 1952. After the birth of their daughter Susan, in 1953, the family returned to Kiyomi’s ancestral home, Honolulu, Hawaii, where the children were raised until adulthood and Dorothy worked as a bank teller, an accountant, and finally a homemaker, for over four decades. Her husband passed away in 1997. Mrs. Murakami is survived by her three children and their spouses noted in parentheses: Stephen David Murakami, Esq. Faith Slan in New York, NY; and Dorothy’s former daughter-in-law, Rendy Rosario, whom she considered as her own daughter in Kapaa, Kauai; Susan Lynn Newsom James Leon Newsom, Sr. of Readyville, TN; and Ricky J. Murakami Donna Kirn-Murakami of Holualoa, HI. Mrs. Murakami is also survived by her six Grandchildren: Tracy Jean Murakami, Esq., Peter Morimoto, Esq., Rena Ann Murakami Noice Terry Noice; James Newsom, Jr., Jason Newsom Amy, Jessie R. Newsom Natalie, and Jennifer Newsom. Dorothy’s Great-Grandchildren include: Sara Murakami Morimoto & Max Morimoto; James Avery Newsom, Jasmyn Lynne and Jayda Rayne Newsom, and Jackson Kiyomi Newsom. Dorothy is also survived by a brother, Mr. Jerry Clayton McRoy, of Chicago. In addition to her parents and husband, Mrs. Murakami was preceded in death by her daughter: Debra Ann Murakami; and her siblings: Marshall McRoy, Jr., Jack McRoy, George McRoy, and Carol Jean McRoy Levin. The family will celebrate Dorothy’s life at a later date, at the National Memorial Cemetery of the Pacific, also known as the Punchbowl National Cemetery, in Honolulu, Hawaii, where her ashes will be interred alongside her late husband, Kiyomi and daughter Debra. The Cremation Society of Tennessee is assisting the family with the arrangements and online condolences may be submitted at: www.cremationsocietyoftn.com. Personal Notes may also be sent to her oldest son, Stephen Murakami, by electronic mail: smurakami@nyc.rr.com. Mrs. Murakami’s Children would like to leave the following message to their beloved Mother: Mom: You are deeply loved by your Children, Grandchildren and Great Grandchildren. Your departure leaves a vacant space in our hearts where memories of your gentle kindness, compassion and unselfish love will fill this void until the end of our days. Thank you for teaching us how to say, “please” and “thank you” and that helping someone less fortunate than ourselves makes this World a better place. Rest in Peace Mother. We Love You. Stevie, Sue & Ricky.
New York, Tennessee, Hawaii
25 July 2012