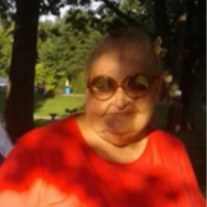 Diana was born on June 22, 1943 in Mt. Clemons, Michigan to Walter Wells and Pearl Pelkey Gurzick. She married Gilbert Gurzick and they had over 49 years of marriage together until his passing three years ago. Her children remember her as a very loving mother. She was humorous and determined. Her determination ran to stubbornness in that no one could change her mind, but her. In her later years she really wanted to travel and her son Robert worked hard to accomplish that for her.

The family will celebrate Mrs. Gurzick’s life at a later date.