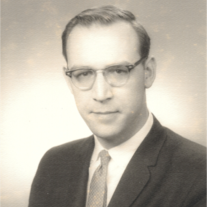 David G. Buttrick was born in New York City. He was the youngest son of Rev. George A. Buttrick, a pastor committed to community outreach, and his wife, Agnes Gardner.

Called to ministry at First Presbyterian in Fredonia, New York, he helped design a new space of worship for a congregation that had grown during his service from 35 to almost 700 members.

David taught on the faculties of Pittsburgh Theological Seminary, St. Meinrad School of Theology, and Vanderbilt Divinity School, where he served for almost 20 years as the Drucilla Moore Buffington Professor of Homiletics and Liturgics. Offering warmth, humor, acceptance, and lively discussion, David and his wife Betty welcomed students and those in need into their home as family.

A prolific author, David wrote 19 books, including his landmark work Homiletics, and innumerous chapters in books and articles. He also spoke at colleges and churches across North America and Europe. David became a proud member of the United Church of Christ, citing its policies of inclusion and diversity.

On April 22, 2017, David “side-stepped into the mystery of God.” He was preceded in death by: his brothers John and Robert; his wife of 64 years, Betty More Allaben Buttrick; and his daughter, Anne Crumpler. He is survived by: his son-in-law David Crumpler; grandchildren Benjamin Crumpler, Rachel Crumpler, and her husband Jason Ostenson; and his niece Betty Ives Adams and her husband Stephen Adams.