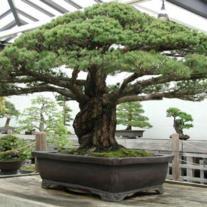 David was best known as a scientist in the Biochemistry Department at the Vanderbilt University School of Medicine from 1970 until 2008. Together with his mentor, Frank Chytil, they served to change our understanding of Vitamin A. The discovery of Cellular Binding Proteins for retinol and retinoic acid (two forms of Vitamin A) by Chytil and Ong expanded the importance of this vitamin and revolutionized our understanding of its true roles. Drs. Ong and Chytil shared the prestigious Osborne and Mendel award of the American Institute of Nutrition in 1983. David continued to work in the study of vitamin A function throughout his career and was considered to be one of the leading authorities in this field. He published widely and was in demand as a speaker internationally. He always challenged dogma and loved to approach research using lateral thinking and taught others to do the same.

David had many friends, especially in academia and the music industry. He was truly a Renaissance Man. He was an amateur photographer, videographer and painter. He was also a collector of art and sculpture. He enjoyed gardening and grew many Bonsai trees. His Bonsai were his living sculptures. He enjoyed woodworking and was very creative in his constructions. He loved games and had a 9 foot pool table and 7 pinball machines. David’s favorite avocation was music. He had an extensive collection of vinyl records and CDs that covered early to modern; Jazz, Gospel, Blues, Bluegrass and Rock & Roll. He had a cyclopedic knowledge of the styles, performers and bands and their history, especially Jazz. He loved to attend live performances. Nashville was definitely the perfect town for him.

His charm, compassion, kindness, incredible wit and sense of humor consistently brightened people’s day. He will be missed by all who were fortunate enough to have worked with him, to have been mentored by him, and to have been his friend.

He was preceded in death by his parents, Richard Ong and Mary Alice (Glace) Ong of Elkhart, IN and a brother Daniel, also of Elkhart, IN. He is survived by his fiancee, Lili Marx, in Pittsburgh, PA, and his brother Stephen Ong and wife, Teri, in Greeley, CO, his brother B. Nelson Ong in New Rochelle, NY, his brother Page Onge in Nashville, TN, his brother Kevin Ong and wife, Valerie, in Elkhart, IN, and his sister Megan Corbridge and husband Bryan in Elkhart, IN, his stepson John Hauber and wife Lori in Westfield, IN, his stepdaughter Julie Maxham and husband Dave in Florence, SC and 17 nephews and nieces and 21 grandnephews, step-grandnephews, grandnieces and step-grandnieces.

A David E. Ong Memorial Scholarship Fund is being set up for students to attend David’s Alma Mater, Wabash College in Crawfordsville, IN. A memorial celebration of David’s life will be held on Saturday, May 16, 2015 at his home in Nashville, TN. Please contact Page Onge at onge@comcast.net for location and time and to RSVP.