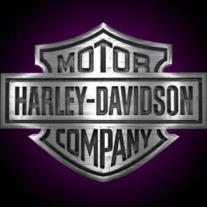 David Alan Brown, age 51, passed away on July 29, 2015 at his residence in Murfreesboro, Tennessee.

David was born on April 12, 1964 in Smithville, Tennessee. He was the son of Floyd Brown, Jr. and Jean Murphy Brown. He was married to Tristina Leilani Wegner. He was the safety manager for a trucking company.

David was very devoted to his daughter, loving to sit and listen to her playing her music for long periods of time. He also was a Harley Davidson enthusiast, taking his Road Glide on many trips.

The family will celebrate David’s life with a memorial service at St Mark’s United Methodist at 1267 N. Rutherford Blvd, Murfreesboro, TN 37130 on Saturday, August 1, 2015 at 4 p.m.

In lieu of flowers, donations may be made to his daughter’s educational fund at any 1st Tennessee Bank in Middle TN (ref: Leigh Anne Brown) or mailed to Danielle Brown Education Fund at Franklin 1st Tennessee Bank , PO Box 100, Franklin, TN 37065-0100 OR to St. Mark’s United Methodist Church, 1267 N. Rutherford Blvd., Murfreesboro, TN 37130, for the benefit of the Babyfold at Old Mutare Fairfield Children’s Home in Zimbabwe.