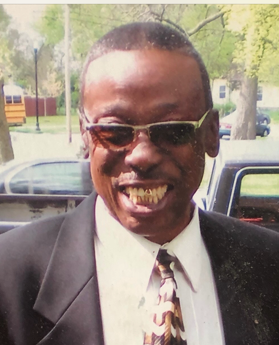 Mr. Danny Lynn Garner was born on August 30th, 1950 to the union of the late Annie Florence Jones Garner and William Porter Garner. He departed this life on Monday, November 26th at his home.

In addition to his parents he was also preceded in death by son Demetrius Garner.

Danny was a fun loving man with a kind heart. He loved to laugh and make others laugh. Born and raised in Columbia, Tennessee he moved away at a young age and eventually settled in Nashville. He attended Scott Avenue Church of Christ for many years. In his younger days he was lead singer in a local band called Black Jack with the stage name Black Dan the ladies’ man. He took special pride in his 1977 F150 which he named “Betsy”. On any given day you could ride by his house and see him working on Ole Betsy. If not Ole Betsy it was someone else car. Danny was the go to guy for mostly all your automotive needs. He was quite the mechanic. As his illness started to slow him down he enjoyed getting together with friends and talking about old times.