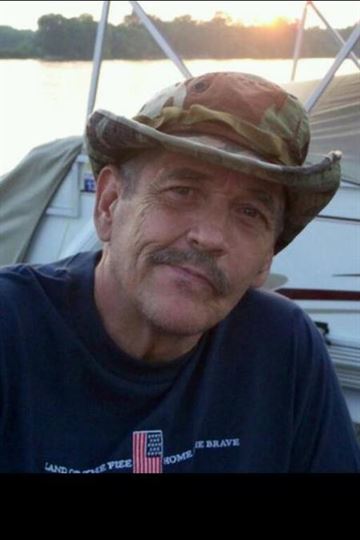 Danny L. Ayles, age 64, Linden, TN, died August 30, 2013 at the VA Hospital in Nashville, TN. Danny was born on April 20, 1949 to the late Paris M. and Vivian A. Pierce in Dayton, Ohio. Danny’s family remember him as a “Rambling Man” with a generous heart. Danny served in the Army during the Vietnam War. During his service he received several medals including a Purple Heart. After leaving Vietnam Danny spent most of his time in Clearwater, FL. Danny loved the water and spent his time fishing, scuba diving and would travel when he could. Danny moved to Lakeland, FL. where he met a special friend Diane Carrow and her daughter Leah. When Danny got sick he moved to Tennessee where Diane was not only his friend but was his caregiver. He is survived by his two children Jessica Allison Frank of N. Jacksonville, FL and Jairus E. Ayles of Kingwood, TX. In addition to his children he leaves behind two grandchildren Carson and Shelby Allison of N. Jacksonville, FL; and two sisters Lisa Harsha and Barb Lowe both of Dayton, OH. Services will be held with full military honors at 2:00 PM Monday, September 9th at Middle Tennessee State Veterans Cemetery, 7931 McCrory Lane, Nashville, Tn. 37221.