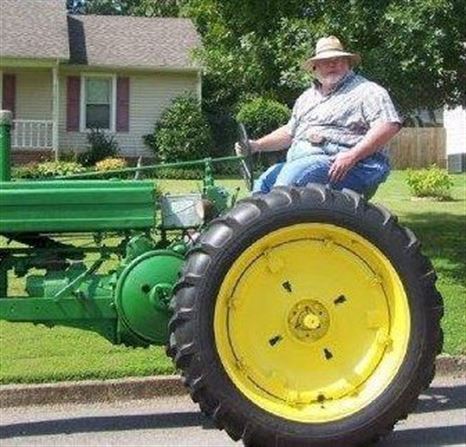 Danny Charles Homan, age 60, resident of Lawrenceburg, passed away on Monday evening, February 6, at Maury Regional Medical Center. Danny was born July 12, 1951 in Cleburne, TX, the son of Othelle Compton Homan of Cleburne and the late Raymond Charles Homan. Danny was a truck driver who had a passion for John Deere tractors and spent much time working on them. The trucking industry brought Danny to Tennessee where he met his wife, Linda Harris Homan in Lawrenceburg. A celebration of Danny’s life will be conducted Wednesday, February 8, 2012 at 10:30 A.M. at Calvary Church of God in Lawrenceburg, TN. The family invites friends and family to visit at 9:30 A.M. before the service. Survivors in addition to his wife and mother include one daughter, Kari Shannon of TX; one step-daughter, Brittny Carroll of Lawrenceburg and one step-son, Macon Carroll, also of Lawrenceburg; two brothers, Ronnie Homan of Burleson, TX and Joe Homan of Alvarado, TX along with numerous nieces and nephews. In addition to his father, Danny was preceded in death by his sister, Marilyn Pluto. Donations may be made to Calvary Church of God in Lawrenceburg, St. Jude’s Children’s Research Hospital or the Shriners in lieu of flowers.