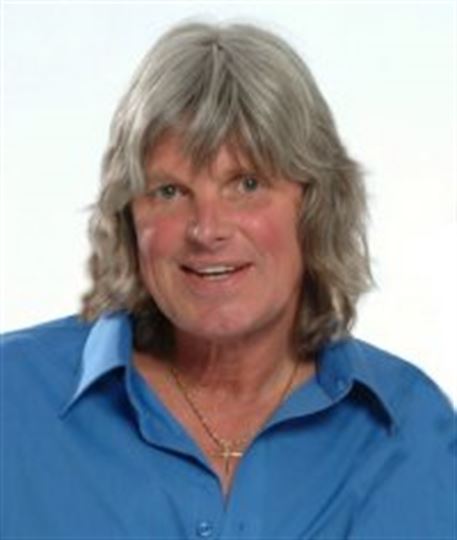 “A Party for Coyote” is set for Sunday, April 10 at 2 p.m. at the Hard Rock Café in Nashville. In lieu of flowers, Coyote asked for donations to create a fund to help animals. Checks should be payable to “Coyote McCloud” and dropped off at the Hard Rock on Sunday or sent to: Coyote McCloud for Animals, P.O. Box 158474, Nashville, TN 37215. There will also be a public guest registry near the Hard Rock on Sunday. A veteran of the Nashville airwaves for more than 30 years, Coyote McCloud died peacefully at 1:40 pm on Wednesday, April 6 with his dog, Sawyer Black, and his friend and former wife, Susan Thomas at his side. His final moments were captured by Susan: “Before Coyote took in his last little sip of air early this afternoon, he was telling me about our next vacation to the best place he had ever seen in all of his 68 years. “I can’t believe we’re still here,” he said. “You’re going to love it.” I couldn’t say I wasn’t getting to go with him this time, at least not just yet. “Tell me all about it, baby,” I said. “It sounds great.” “It’s the best,” he said. “Even better than Hawaii. Wait and see.” All wrapped up in his comforter on the couch, his blue eyes were as blue as I’ve ever seen them, alive with the squinty look of when an airplane takes off in a hard rain and suddenly lifts above the clouds into sparkling sunshine. “The water is so shiny there, it’s like soft drops of diamonds,” he said, his voice low and slow. “You can pick it up and hold it in your hands. It’s so warm.” Coyote served on-air stints at WMAK, WYHY, WZPZ and WRQQ. He was also the first off-camera voice of CMT. One of his best-known jobs was as the leader of “The Zoo Crew” on Y107. He was also notable as the host of “Coyote and Cathy in the Mornning” on WMAK-FM and WRQQ. You may sign Coyote’s on-line registry at www.CremationSocietyofTN.com