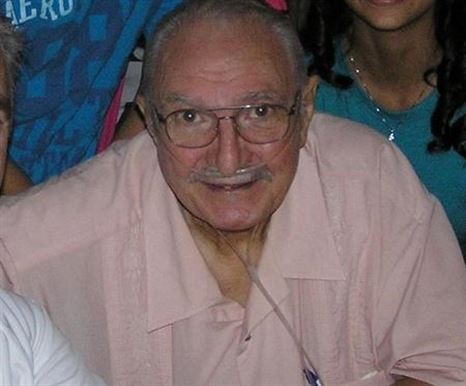 Constantine ‘Connie’ Catacosinos was born January 4, 1932 in New York, NY and he passed away on September 7, 2012 at the Alvin C. York Veterans Hospital in Murfreesboro, TN with his daughters by his side. Connie was preceded in death by his beloved parents, Chris and Mary Catacosinos; his devoted sister, Anna C. Dallas; his adoring brother, Theodore Catacosinos and his loving nephew, who was like a son to him, James C. Dallas. Connie is survived by his two daughters, Maria William Martin-Culet of Christiana, TN and Christina Albert Hile of Bell Buckle, TN; former wife, Marylou Richard Draganac of Murfreesboro, TN: his two nieces, Theodora Dallas of Queens Village, NY and Patricia Dallas of Ridgewood, NJ who were more like daughters to him; his nephew, Chris Dallas of River Edge, NJ who was like a son to him; his 6 grandchildren, James Tiffani Dallas of Charlotte, NC, John-Albert and Olivia Hile of Bell Buckle, TN, Shannon Jonathan Manrique of Scottsville, KY, Joseph Martin-Culet of Margate, FL and Kelly Brandon Dumas of Aventura, FL; 5 great-grandsons, Aidan and Brendan Dallas, Xander, Edward and Aristeo Manrique. Many cousins including the Comsudi Family of Texas, the Caruso Family of New York, the Stroumtsos Family of New Jersey as well as the Catacosinos Family. He lovingly embraced the Casey Family from the Bronx and delighted in the roll of “Uncle Connie”. He was a proud Army veteran of the Korean War and a 32nd Degree Mason. Connie embraced his Greek heritage, enjoyed growing his vegetables, delighted in sharing his family history through the telling of stories and cherished his lifelong friendships.
In life, Connie often referred to himself as being the “Richest man in the world” – a direct reflection of the love he felt from his family and friends. He measured wealth in love and loved he was. In keeping with Connie’s wishes, his daughters will be planning a Celebration of Life Ceremony in New York to be held in the spring. If you would like to notified of the details, please email ChristinaHile@live.com Those who wish to make a contribution in Connie’s memory are asked to kindly consider: The Building Fund for St. Elizabeth’s Orthodox Christian Church located at 321 West McKnight Drive, Murfreesboro, TN 37129