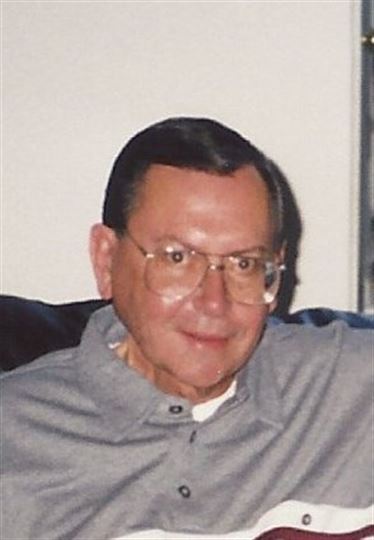 Charles Edmond Poupard as he was called until the age of 21 was born at home in Detroit, MI to Lillian Amelia and Daniel Anthony Poupard on November 12, 1937. He was given his middle name, Edmond, in honor of his deceased paternal grandfather. Charles had a large extended family of aunts, uncles, and many cousins, with whom there were frequent interactions. Every Sunday meal and holidays were shared with family members. Charles had Scarlet Fever at the age of six, and was quarantined at home, as was the practice at the time. He attended St. Clare of Montifaco Elementary School, was a Cub Scout, and served as an altar boy. He began high school at St. Paul before transferring to Cass Technical High School in Detroit. Every summer vacation was spent with his mother’s Canadian relatives, usually at a cottage by a lake- one year in Canada and the next year in America. When he was fourteen years old, he caught two large bass with a single lure, and was featured on the television program, “Michigan Outdoors” with Mort Neff. Charles “Chuck” received a love of professional sports from his father who took him to Detroit Red Wing hockey games in the old “Olympia” Stadium. His father also attended Detroit Lions football games on Thanksgiving, and always talked sports with Chuck. Chuck’s home had the first television on the block, so watching sports became a neighborhood event. Growing up, Chuck played baseball in the street in front of his home with other neighborhood kids. During the winter, he skated and played hockey. He played football before transferring to Cass Tech. Chuck’s father, Dan, died on his fifteenth birthday November 12, 1952 from a reaction to penicillin, therefore changing Chuck’s life. He began working as a page at the Grosse Pointe Public Library, later as a clerk at a neighborhood drug store, then as a stock boy at the local A&P. Chuck instituted his famous pig roasts for friends by sitting up all night to keep the fire burning and to make use of the right spices. He loved to cook for a crowd, therefore making a party out of any occasion. Chuck inherited both his love and skill of cooking from his mother. He loved to try out different cooking ideas using spices. Many of his recipes included onions, garlic, and beer. He loved seafood, especially oysters and crab legs. His special recipe for corned beef and cabbage has been sought by friends, family, and even his daughter’s teacher. Chuck was a natural with mathematics and easily took to drafting; leading to a career in design engineering and work as a Program Manager with the aerospace industry that would take him from Michigan to California to Missouri to North Carolina, then finally back to California. Chuck met Beverly Emerson at Cass Technical High School, marrying her in 1958. They moved to Rancho Cordova, CA, outside Sacramento where their three children: Jacqueline Renay, Daniel Emerson, and Michelle Ann, were born. During these years, Chuck also served in the California National Guard stationed at Fort Ord. His unit was sent to Watts during the civil uprising. Chuck also coached Junior League Football during this time. Chuck had eclectic interests that included cooking, watching sports particularly football and St. Louis Cardinal baseball, decorating his home landscaping and growing plants, keeping a filled bird feeder, and shopping- knowing prices and hunting bargains. In the mid-sixties, Chuck and his family moved to St. Louis where he worked for McDonnell-Douglas, later Boeing. Chuck started a neighborhood men’s hockey team where he played defense. He also coached at the Koury League for young children. He then moved to Asheville, NC, where he worked for Kearfott Guidance and Navigation Corporation. This is where he met Cynthia “Annie” Hudson-Hensley whom he married in 1989. Their daughter, Brittany Rene’, was born in 1995, joining April Ann, his stepdaughter. Chuck battled cancer courageously and without complaint. In 2000 he underwent surgery for the removal of his larynx, thereby drastically changing his life. He faced multiple and increasingly debilitating physical setbacks beginning in 2005. During these difficult times, his wife, Annie, was at his side and offered ever-present support. Chuck was supported by family and long-term friends, and, as long as he could, continued to cook and loved to entertain family and friends who visited often. Brittany, Annie, and Chuck moved to Spring Hill, TN from Asheville, NC in the summer of 2009 where Brittany enrolled in high school. Chuck was a “people person” to his core- he would light up whenever he was around family and friends for sure; he also had a rare ability to bring laughter and a feeling of being special to not only family and friends, but also to the many health care personnel who worked with him for these last five years. Charles Edmund “Chuck” Poupard, age 73, departed this life on Saturday, January 22 following his brave battle against cancer, with his wife and other family members at his side. In addition to his loving wife: Annie, he is survived by his children: Brittany Rene’ Poupard of Spring Hill, TN; April John Kenneth, Jr Carroll of Ashville, NC; Jacqueline Renay Paul Bruggemann of St. Louis, MO; Michelle Ann Daniel Hayes of Ashville, NC; and Daniel Emerson Carol Poupard of St. Louis, MO. A sister: Doreen Poupard of Novi, MI; and thirteen grandchildren: Danny, Amy, Paul, Jake, Kayla, Nathan, Andy, Elizabeth, Jonah, Jaiden, Jessa, Josh, and Jacob also survive. Services celebrating Chuck’s life will be conducted Saturday, January 29 at 3:00 PM at Thompson Station United Methodist Church. Guardian Hospice, 800 Crescent Centre Drive, Franklin, TN 37067.