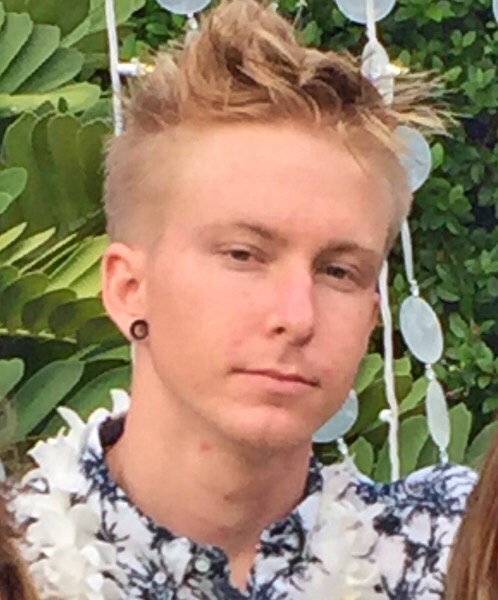 Christopher James McAllaster, age 30, passed away on May 9, 2021, in Nashville, Tennessee.

Christopher was born on July 26, 1990, in Honolulu to Robert McAllaster and Wendie (Quiel) McAllaster. He grew up in Kailua and graduated from Kalaheo High School in 2008.

He went on to finish an Associates in Science degree in Music Business and Production from Honolulu Community College. After a cross-country road trip in his prized GTI, Chris achieved a major goal in his life graduating from Belmont University in Nashville with a Bachelor of Business Administration, Music Business. He was on the Dean’s List at both schools. His next educational and professional goal was to pursue a law degree and practice entertainment law. He was very interested in digital copyright law and musical act promotion.

As a young entrepreneur, Chris would peddle his drawings to soft-hearted Aikahi neighbors. Before moving to Nashville, he established his own event promotions company, Platinum Threads Hawaii, and brought several hip-hop musical artists to the islands.

Another area that Chris excelled in was cooking. He started working at Cisco’s Mexican Restaurant in Kailua while in high school. After gaining experience at other restaurants, he rose to become Executive Chef at Sarento’s in Waikiki.

One of Chris’ passions was art. He was talented at drawing and painting and really enjoyed it– especially spray painting on concrete walls! His writing was exceptional as well. He loved his VW cars and through all his tinkering on them, became a pretty accomplished mechanic.

Chris will be greatly missed by all the lives he touched. He impacted so many people by being there for them whenever they needed him. He was selfless and extremely kind to all those he knew and cared about.

Chris is survived by his loving parents Bob and Wendie and stepmom Barbara; and his siblings Sara McAllaster and Kiana Bowman of Honolulu and Mitchell Bowman of Garden Grove, CA.

A celebration of Christopher’s life is planned for June 26th in Kailua, Hawaii.