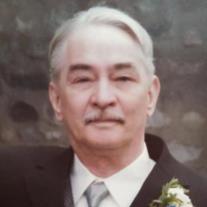 Dave was born to Harold and Dorothy Marlow on April 27, 1949 in Campbell County, Tennessee, and proudly served his country in the United States Army. Assigned to the 2nd Armored Division, “Hell on Wheels,” Dave earned distinctions in sharpshooting and received the National Defense Service Medal.

A memorial service to celebrate Dave will be held on Saturday, February 7, 2015.