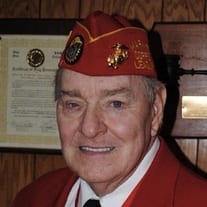 Burnett was born on May 04, 1946, in St. Louis, MO to the late Burnett Truman and Ethel Calhoun Thomas. “BT” as he was more commonly known went to serve his country in the United States Marine Corps. After leaving the Marines, he worked as an Engineer for Teledyne in Lewisburg until his retirement. He worked with his brothers in arms at the Marine Corps League in Columbia. He was of the Baptist faith.

A memorial visitation held by the family on August 3, 2020, from 2:00 pm to 4:00 pm at Williams Funeral Home in Columbia. The visitation will conclude with the Marine Corps League folding a flag in honor of BT.

The Cremation Society of Tennessee is assisting the family with arrangements. You may send the family your sympathy or share you memories at cremationsocietyoftn.com.