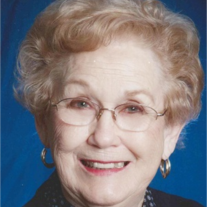 Betty Jo Wimberly Davis passed away December 25th at Williamson Medical Center in Franklin Tennessee. She was born July 11th, 1929 in Decatur Alabama. At an early age, the family relocated to Corinth Mississippi where she graduated from Corinth High School in 1947.
She was preceded in death by her parents, Carol Starnes Wimberly and Lafayette Ethbert Wimberly. Sister Sue Wimberly Davis (George) and her husband of 50 years, Frank R. Davis Sr.
She is survived by the second love of her life, Alvin Jackson of Killen, brother, Michael Randolph Wimberly of McComb MS. Daughter, Cynthia Jo Davis O’Reilly (Tom) of Columbia TN. Sons, Frank (Richie) Davis of Sikeston MO, and Martin Wimberly Davis of Ringgold, GA. Grandsons, Patrick O’Reilly, Thomas O’Reilly, Michael Davis. Granddaughters Brandee Davis Williams and Nikki Davis. Great granddaughters Brynlee Williams and Charlee Williams. And numerous Nieces, Nephews and Cousins.
In the late 60’s, Betty returned to school to pursue her passion in nursing. Upon receiving her LPN certificate, she worked at ECM on 2nd Central until the family moved to Hamburg Germany. She loved Hamburg and the family spent 4 years there before moving to Puerto Ordaz Venezuela. After spending 7 years in Venezuela, they relocated to Baie Comeau Quebec Canada before being transferred back to Florence in the late 1980’s. Upon return to Florence, they relocated to Killen on Wilson Lake. Betty loved traveling, flowers, nursing, her Scotty dogs and collecting antiques. She was a member of First United Methodist Church of Killen Alabama.
In lieu of flowers, charitable donations may be made to the building fund of the First United Methodist Church of Killen or St. Jude Hospital of Memphis TN.
Visitation will be from 11 am till 1 pm Tuesday December 29th at the First United Methodist Church of Killen with a Memorial Service following at 1 pm.
Cremation Society of Tennessee is assisting the family with the arrangements and online condolences may be made at www.cremationsocietyoftn.com.