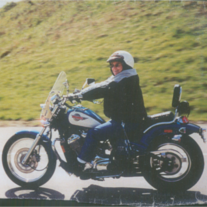 Barbara was born in Tuckerton, NJ June 6, 1945 to the late Eleanor Mathis. Barbara was an intelligent woman. This is evident to those that knew her. She worked mainly as a Machine Operator at Cherokee Textile Mills. But she also worked for NASA for a period of time where she Built computer boards that steered the Apollo rockets. When she was not working she enjoyed taking care of kids at St. Jude’s and participating in fundraisers for Toys for Tots. But most of all she enjoyed spending time with her husband of 28 years and family. She was a member of Pentecostal Church in Pleasantview, TN. She was also a member of the Goldwing Road Association along with her husband. Barbara was one of a kind. She will be dearly missed by all who knew her.

A private service hosted by the Goldwing Road Association will be held at a later date.

The cremation Society of Tennessee is assisting the family with arrangements. Condolences can be given to the family online at www.cremationsocietyoftn.com